Journalist gets 6 years in prison on terrorism charges 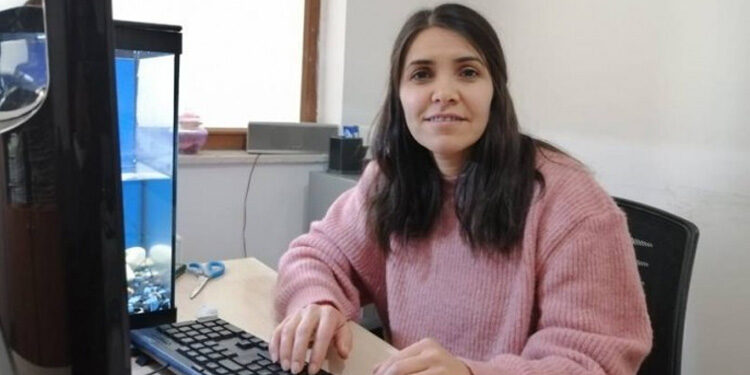 A Turkish court has handed down a jail sentence of six years, three months to a journalist on conviction of terrorist organization membership due to her coverage of events held by a Kurdish political group, the Mezopotamya news agency reported.

At the last hearing of her trial at the Diyarbakır 9th High Criminal Court on Monday, journalist Hatice Şahin was given the sentence based on the statements of two secret witnesses. Şahin’s lawyer, Resul Temur, said his client had nothing to do with the accusations made by the secret witnesses and that handwritten notes were included in her file as evidence.

The journalist faced the terrorism charges due to her coverage of events held by the Democratic Society Congress (DTK) in southeastern Turkey.

Members of the DTK, which advocates greater rights for Turkey’s long-suppressed Kurds, are often prosecuted by the Turkish authorities, and attendance at events organized by the DTK can be viewed as a reason for prosecution, as in the case of Şahin and other journalists.

Turkish authorities associate the DTK with the outlawed Kurdistan Workers’ Party (PKK), recognized as a terrorist organization by Turkey and much of the international community and which has been waging a bloody campaign in Turkey’s Southeast since 1984.

The ruling Justice and Development Party (AKP) increased its crackdown on Kurds, especially after the collapse of Ankara’s reconciliation process with the PKK in 2015.

Turkey, which is known as one of the top jailers of journalists in the world, was ranked 149th among 180 countries in the Reporters Without Borders (RSF) 2022 World Press Freedom Index.

Dozens of critical journalists were jailed in Turkey, while many media outlets were closed down in the aftermath of the coup attempt in 2016.