Mob boss’s aide detained and brought to Turkey from Albania 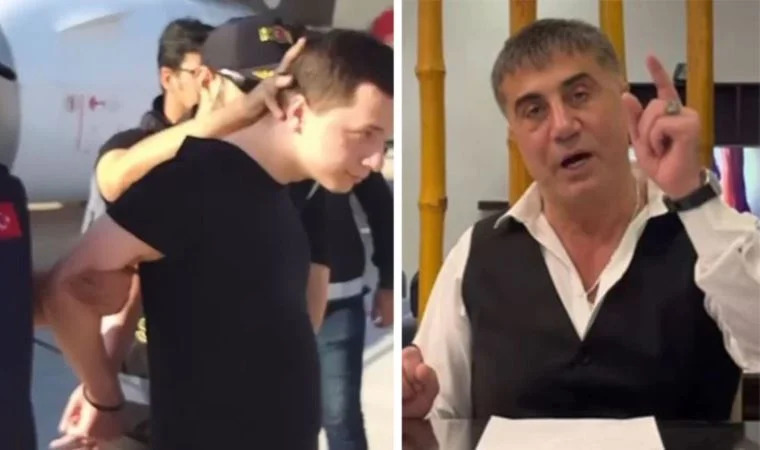 Emre Olur, an aide to notorious Turkish mafia boss Sedat Peker, has been detained in the Albanian capital of Tirana and brought to Turkey, according to a statement from Turkey’s Security Directorate General.

Olur, Peker’s press advisor, was brought to İstanbul on a scheduled flight from Tirana on Sunday. Olur came to public attention in Turkey when he posted Peker’s tweets from his personal Twitter account because Peker can no longer shoot YouTube videos in which he reveals the murky relations of Turkish government officials with the mafia or tweet from his own account out of security concerns.

The statement from the Security Directorate General said Olur was detained at Tirana International Airport following talks between the Turkish and Albanian interior ministries.

The statement said Olur was being sought by Turkey on charges of issuing threats, praising a crime and a criminal, insult, membership in a criminal organization, simple injury and insult via voice, written or video message.

Olur travelled from Turkey to north Macedonia in May 2021 to join Peker from where he travelled to the United Arab Emirates, where Peker currently lives. Olur was deported from the UAE on Sept. 16 for unknown reasons, following which he travelled to Albania. He eportedly has Albanian citizenship in addition to Turkish citizenship.

Olur was detained by the Albanian police at the Tirana airport on Saturday upon Turkey’s request. Olur’s lawyers said sending their client to Turkey was against the rulings of the European Court of Human Rights (ECtHR).

Peker, the head of one of Turkey’s most powerful mafia groups and once a staunch supporter of President Recep Tayyip Erdoğan, left Turkey in early 2020 following the publication of a report related to arms trafficking to Syria that was allegedly carried out under the guise of humanitarian aid.

The mob boss, who lives in exile in the UAE, sent shockwaves across the country in the summer of 2021 through scandalous revelations he made on social media about state-mafia relations, drug trafficking and murders implicating former and current state officials and their family members.

Peker, who was silent for a long time out of concern for his safety, has recently become active on social media again, making shocking claims about some pro-government figures.