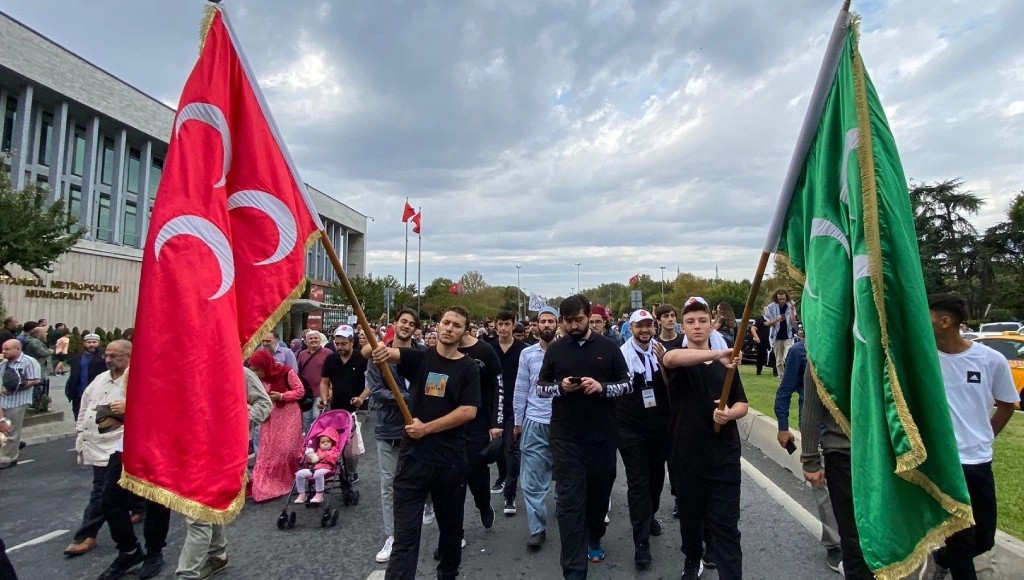 Turkey seeks up to 7.5 years for top doctor over chemical weapons remarks

Hundreds of people attended an anti-LGBTQ rally Sunday in Istanbul, answering a call from dozens of conservative associations, an AFP photographer reported.

Carrying banners with slogans such as “Protect your family and your generation,” participants urged a ban on associations upholding the rights of gay and transgender people, whose own rallies have been banned in recent years.

Many of the marchers backing associations close to President Recep Tayyip Erdoğan were veiled women who displayed posters with slogans such as “Say no to society without gender” and “Father + mother + baby = family.”

They converged on the traditionally conservative district of Fatih for a rally which earlier had gained the seal of approval from the Turkish broadcasting council in passing a TV advertisement for it, judging the event as being in the “public interest.”

That move drew a storm of protest from human rights groups.

Opponents of the march took to the internet to flood social media with messages such as “No to the march of hate” in solidarity with LGBTQ backers.

Although homosexuality was decriminalized by the Ottoman Empire, the predecessor of modern Turkey, in 1858, it is widely frowned on by large swathes of society, including Erdoğan’s ruling Justice and Development Party, while same-sex couples are not legal.

One minister previously referred to gay people as “deranged.”

In addition, after İstanbul had in 2014 hosted more than 100,000 people for a Gay Pride march it has since clamped down on similar gatherings citing security issues.

Those who have sought to rally have found themselves battling severe restrictions, including arrest.

A rally last June saw more than 200 people arrested in a police crackdown.