[ANALYSIS] Could Turkey’s domestically produced UCAVs and UCAS take the place of F-35s? 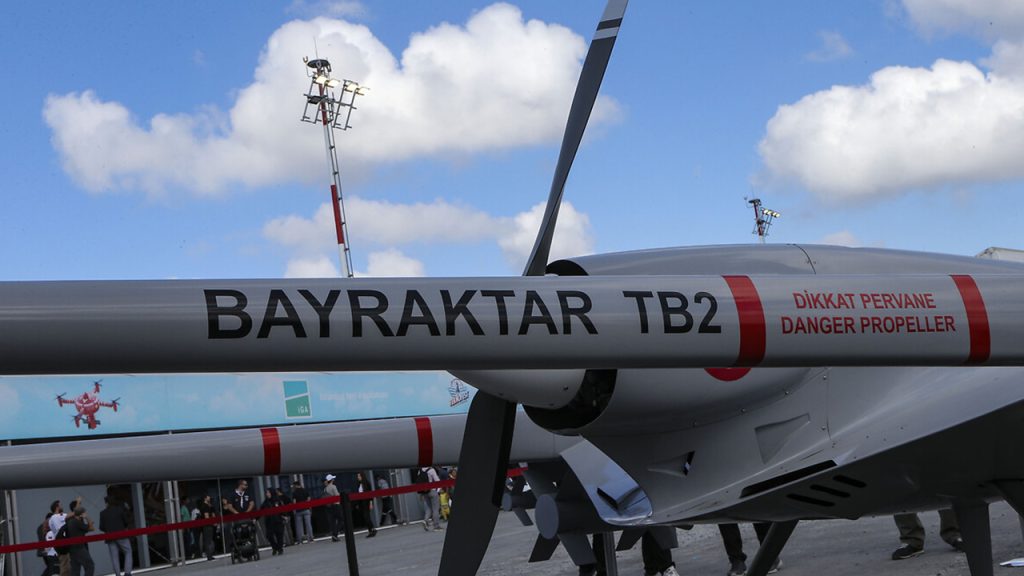 Before Turkey was removed by the United States from the Joint Strike Fighter program, the F-35 fifth-generation fighter jets and F-16s were planned to form the backbone of Turkey’s air force. But the procurement of the S-400 long-range air defense system from Russia changed the entire plan for Turkey.

Former Turkish Ambassador to the United States Namık Tan made a brief statement on Twitter on what Turkey had lost by its exclusion from the Joint Strike Fighter program. According to Tan’s assessment, being excluded from the F-35 project was one of the most damaging things that has happened to Turkey in the last century. There is no other agreement in the history of the Republic of Turkey that is as advantageous in terms of military or commercial cooperation. Turkey could have had the domestic technological infrastructure to produce the fifth-generation aircraft with the gains from the F-35 project. By being excluded from the program, Turkey has suffered a significant loss both militarily and politically.

However, the effective use of unmanned combat aerial vehicles (UCAVs), such as the Bayraktar TB2, manufactured by Baykar Defense, which is owned by President Recep Tayyip Erdoğan’s son-in-law Selçuk Bayraktar and his brother Haluk Bayraktar, in operational areas such as Libya, Syria and Nagorno-Karabakh against enemies with inadequate air defense systems paved the way for new propaganda to cover for Turkey’s loss of the F-35. Turkey’s exclusion from the F-35 project was not to Turkey’s disadvantage, but to its advantage. UCAVs such as Akıncı and Bayraktar TB2 as well as the jet-powered Kızılelma Unmanned Combat Aircraft System (UCAS), which made its first test flight on Dec 14, 2022, will not only fill the gap left by the F-35 but also raise Turkey’s air power to a higher level, according to Selçuk Bayraktar. But could domestically produced UCAVs take over the role of the F-35, or fighter jets more generally, and fill the gap left by the lack of the F-35?

The F-35 Lightning II is a fifth-generation multi-role fighter developed by Lockheed Martin for the United States and its allies. It is designed for various missions, including air superiority, air defense, ground attack, and intelligence, surveillance and reconnaissance (ISR). Regarding air superiority, the F-35 is equipped with advanced avionics and sensors, including an Active Electronically Scanned Array (AESA) radar that allows it to detect and track multiple targets at long range. It also has an infrared search and track (IRST) system. IRST is a passive sensor that uses infrared radiation to detect and track targets. It can detect and track aircraft, missiles and other objects that emit heat. It is a vital tool for detecting and engaging enemy aircraft in various scenarios, including air-to-air combat and air defense missions. The F-35’s IRST system is located in the nose of the aircraft and is integrated with the other sensors, including radar and electronic warfare systems. It is designed to be highly accurate and to detect and track targets at long range, even under conditions where radar is less effective, such as electronic jamming or in areas of high atmospheric disturbance. As a result, the F-35’s IRST system is an essential part of its sensor suite, helping to enhance the aircraft’s situational awareness and ability to detect and track targets in various environments.

With stealth technology, advanced avionics, multi-role capabilities and a wide range of air-to-air, air-to-surface weapons, the F-35 Lightning II represents a significant improvement in technology and capabilities over fourth-generation fighter jets such as the F-15 Eagle, F-16 Fighting Falcon and F-18 Hornet. They are considered the most advanced and sophisticated military aircraft in the world.

Turkey is trying to compensate for the loss of air power capabilities due to the absence of the F-35 with UCAVs. UCAVs are military drones equipped with sensors, avionics and weapons systems that can perform a variety of missions, including ISR and air-to-ground strikes. They can be operated remotely or autonomously and are typically used for missions that are too dangerous or undesirable for manned aircraft. Bayraktar TB2 and Akıncı UCAVs from Baykar Defense and the Anka and Aksungur UCAVs from Turkish Aerospace Industries (TAI) can be effectively used for air-to-ground and ISR missions in contested airspace against targets with weak air defenses. In addition the Kızılelma UCAV, which completed its first test flight on Dec. 14, 2022, is intended for air-to-air, air-to-ground and ISR missions.

According to Baykar Defense, Kızılelma will have a maximum takeoff weight of 6 tons, including 1.5 tons of ammunition, and fly at an altitude of 35,000-40,000 feet. The prototype flies at a speed of 0.6-0.9 mph. Kızılelma can stay in the air for up to four or five hours and will be controlled by satellite via the SATCOM antenna. It is powered by AI-322F turbofan engines made by Ukraine’s Ivchenko-Progress company. It will be equipped with an AESA radar made by ASELSAN and capable of launching indigenous Bozdoğan and Gökdoğan air-to-air missiles.

Gökdoğan and Bozdoğan within and beyond visual range Air to Air Missiles (AAM) are manufactured by the Defense Industries Research and Development Institute (SAGE) of the Scientific Technological Research Council of Turkey (TÜBITAK). However, equipping the Kızılelma with AAMs does not make it a platform that can fight for air superiority like a fourth or fifth-generation fighter jet. To assign Kızılelma to a dogfight with fighter jets requires artificial intelligence (AI)-based mission algorithms to provide Kızılelma with the ability to respond to unexpected situations or make quick decisions during the engagement. Turkey does not yet have the sufficient technological infrastructure, budget or experience to develop such algorithms. For example, the Defense Advanced Research Projects Agency (DARPA) research program is developing AI systems that fight aerial battles independently. The AI pilots are expected to fly for the first time in 2024. The US Department of Defense invested nearly $1 billion in AI in 2022. Therefore, there is much progress to be made by Turkey.

James, Rogers, assistant professor in war studies at the University of Southern Denmark, believes that a future in which “drones engage in Top Gun style agile, fast-moving, dogfights over a battlefield is likely to be pretty far off,” according to Middle East Eye.

As a result, Turkey has suffered significant air force losses in air power due to its exclusion from the F-35 project. It is impossible to compensate for these losses with UCAVs and the Kızılelma UCAS. The intense propaganda on this issue serves no purpose other than to cover up the losses caused by the Erdoğan administration due to removal from the F-35 project. UCAVs and the Kızılelma UCAS are not the equivalent of fifth-generation fighter jets, but can only be their complement.