Court upholds 5 journalists’ sentences, reverses decision to acquit another one in RedHack trial 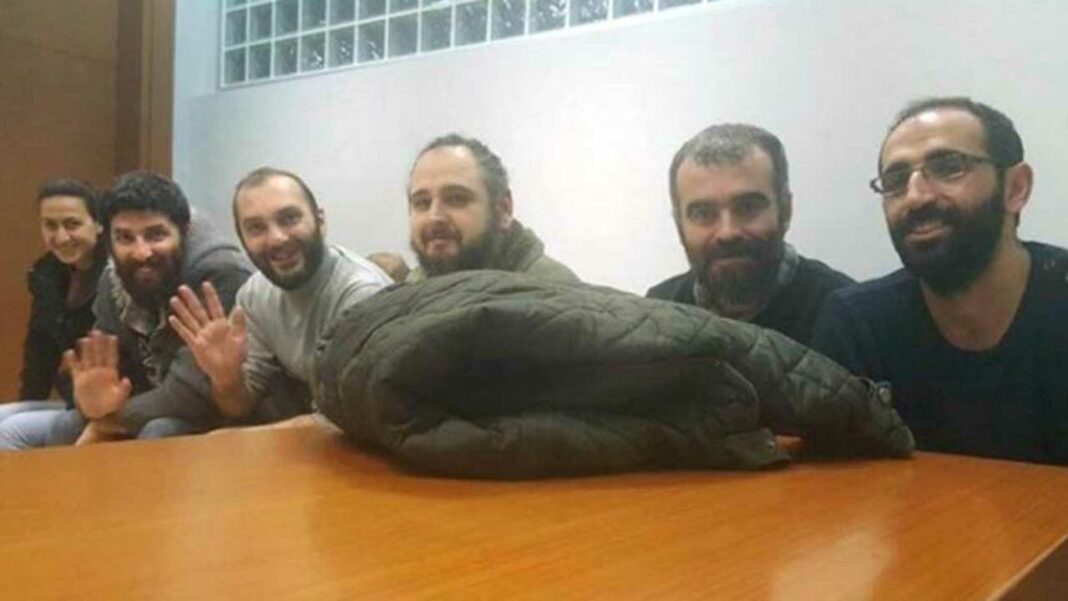 A regional appeals court in İstanbul has upheld the sentences handed down to five journalists and reversed a decision to acquit another one of charges in a trial concerning their reporting on hacked emails, the Mezopotamya news agency reported on Thursday.

Kanaat, Çelik, Öğreten, Sargın and Yoksu were given suspended sentences of one year, eight months, while Okatan was acquitted of the same charges.

According to Mezopotamya, although the İstanbul Regional Court’s 27th Penal Chamber considered an objection made by Albayrak’s attorney to the sentences given to the journalists and the court’s acquittal decision and rejected it, saying Albayrak wasn’t harmed by the crime, it then ruled to uphold the prison sentences and reverse Okatan’s acquittal upon an objection by the chief prosecutor.

The journalists reporting on the leaked emails were accused by the pro-government media of manipulating the content to defame the energy minister and democratically elected government and undermine the minister’s strategic activities and national energy policy.

The journalists were also accused of spreading the propaganda of terrorist organizations, including FETÖ, a pejorative term first coined by the government and later adopted by the judiciary to refer to the faith-based Gülen movement; the Kurdistan Workers’ Party (PKK); the Revolutionary People’s Liberation Party/Front (DHKP/C); and the Marxist–Leninist Communist Party, (MLKP).

The European Court of Human Rights (ECtHR) ruled in May that Turkey had violated the rights to liberty and security and freedom of expression of journalists Kanaat and Öğreten.

Dozens of journalists are behind bars due to their critical views, while thousands of people from all walks of life face investigations because of their criticism of the Turkish government and government officials on social media.