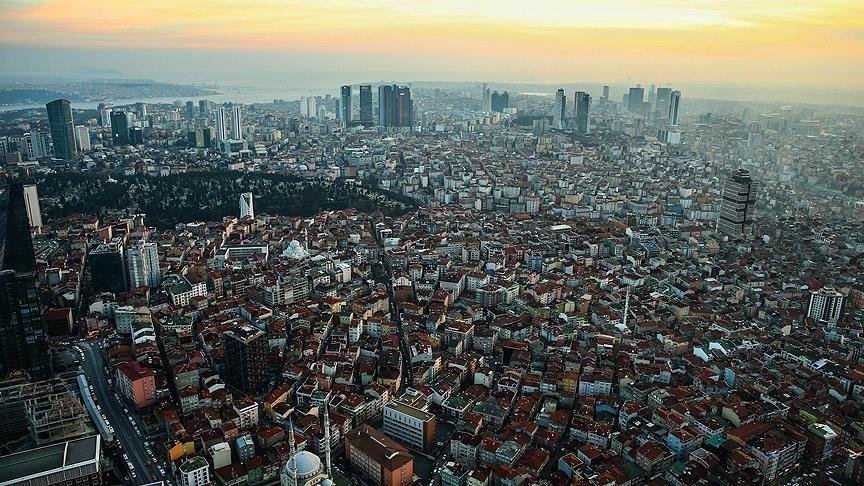 Turkish base in northern Iraq hit by rocket fire

A magnitude 6 earthquake that struck northwest Turkey in the early hours of Wednesday has sparked debate among experts on whether it would affect the timeline of a major quake that is expected to hit İstanbul within the next 70 years, local media reported on Thursday.

The shallow tremor struck in Düzce, about 170 kilometers (105 miles) east of İstanbul, the country’s largest city, where it was strongly felt, injuring 93 people, according to information from the Health Ministry, which also said that 16 people were in the hospital.

Research carried out, especially after a 7.4-magnitude earthquake killed more than 17,000 people in 1999, including about 1,000 in İstanbul, shows that the anticipated earthquake on the North Anatolian Fault Line will likely be at least magnitude 7.2 in the Marmara Sea, off İstanbul. Earthquake researchers predict there is a 65 percent chance that it will happen by 2030 and a 95 percent chance that it will happen within the next 70 years.

Although most of the experts said the recent quake wasn’t a forerunner of the major temblor expected to hit İstanbul since it took place on a separate fault line, some argued otherwise.

“This earthquake wasn’t on the main part of the North Anatolian Fault Line, where we expect the İstanbul [quake to happen],” Kalafat said.

“There may be a very small amount of energy loading. This is natural but has nothing to do with İstanbul. This earthquake doesn’t trigger the expected fault,” he said.

Professor Övgün Ahmet Ercan, a science advisor for the Chamber of Geophysical Engineers’ İstanbul branch, told Euronews Turkish service that Wednesday’s earthquake would delay the expected İstanbul earthquake instead of accelerating it because it caused an energy release.

“My expectation of an earthquake in Marmara was that it wouldn’t happen before 2045. In fact, I said I would be surprised if it did. This didn’t change my thinking but rather strengthened it,” he said.

However, Erçin Kasapoğlu, a faculty member of Hacettepe University’s geological engineering department, told NTV that the recent quake might trigger another one in western Turkey.

“This earthquake … occurred on the North Anatolian Fault Line, the most active fault line in Turkey. … The energy released by this earthquake will cause westward pressure and a buildup of tension. I hope it doesn’t happen, but we have to be ready for an earthquake in the west,” Kasapoğlu said.

Experts have long warned a large quake could devastate İstanbul, which has allowed widespread building without safety precautions.

An earthquake of magnitude 7 or stronger would heavily damage or destroy an estimated 194,000 buildings in İstanbul and kill between 12,400 and 14,150 people, depending on whether it happened during the day or at night, according to a 2019 report jointly prepared by the Kandilli Observatory and the İstanbul Metropolitan Municipality.

Turkey is crisscrossed by fault lines and has a history of powerful earthquakes.

In 2011 an earthquake struck the eastern city of Van and the town of Erciş, some 100 kilometers (60 miles) to the north, killing at least 523 people.

And in October of that year, a magnitude-7.0 quake hit the Aegean Sea, killing 114 people and wounding more than 1,000.