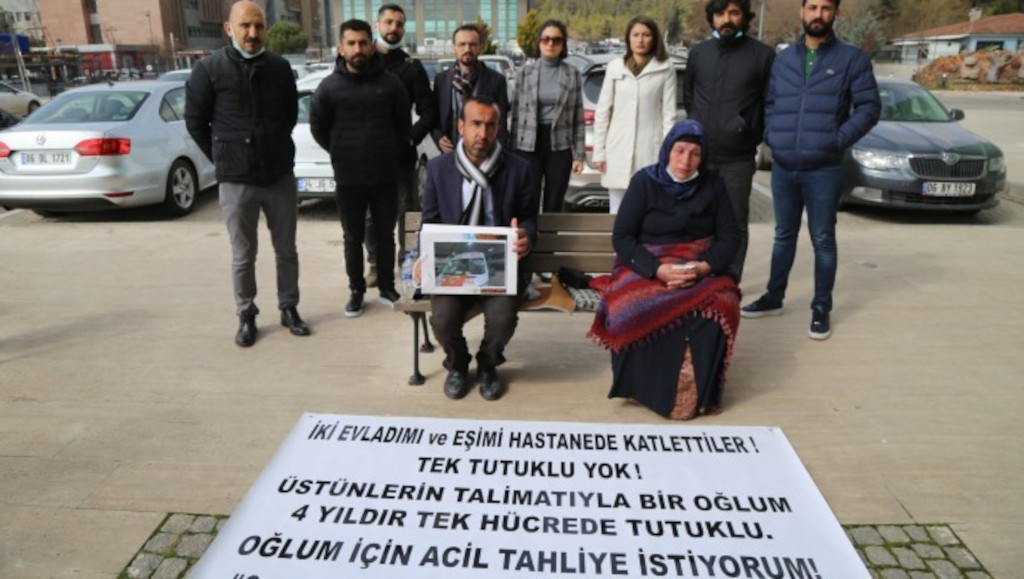 Members of the Şenyaşar family, who have been demanding justice for three of their relatives murdered by people connected to a lawmaker from Turkey’s ruling Justice and Development Party (AKP), have been prevented from entering a courthouse yard in Şanlıurfa province, the Stockholm Center for Freedom reported, citing the Mezopotamya news agency.

Emine Şenyaşar and her son, who began a sit-in in March 2021 in front of the courthouse, were prohibited from entering the courthouse yard by Şanlıurfa Governor Salih Aydın.

Yesterday morning the family arrived in front of the courthouse to resume their sit-in only to be stopped by a group of police officers. The officers told Emine Şenyaşar and her son that it was forbidden to demonstrate in front of government buildings and told them to leave the premises.

The family protested the ban, saying they had been demanding justice for more than 500 days. “The murderers of my husband and sons are free. But instead of finding the perpetrators, the police is busy preventing us from demonstrating,” said Emine Şenyaşar.

Her son Ferit Şenyaşar said there was a serious miscarriage of justice and that the authorities were well aware of this. “Three people were murdered, but nobody cares. The governor’s office is only 200 meters from where we are demonstrating, he knows we are only concerned with seeking justice,” he said.

The family has sent a request to meet with Governor Aydin that has not yet been answered.

Emine Şenyaşar’s husband, Esvet Şenyaşar, and two of their sons, Adil and Celal, were brutally murdered on June 14, 2018 in Şanlıurfa province.

They were initially attacked in their store and taken to a hospital. However, they were followed by the family of AKP deputy İbrahim Halil Yıldız to the hospital, where they were ultimately murdered. Eight more people were injured during fights between the two groups. An older brother of Yıldız was also killed.

According to Ferit Şenyaşar, bullets from 17 different guns were retrieved from the body of one of his brothers.

Two Şenyaşar brothers, Ferit and Fadıl, who were injured but survived, were later detained, and Fadıl Şenyaşar was arrested. However, none of Yıldız’s relatives or his bodyguards were detained despite the fact that three people had died.

The Yıldız family claimed the Kurdish Şenyaşar family had links to the outlawed Kurdistan Workers’ Party (PKK) and that they had been victims of terrorism.