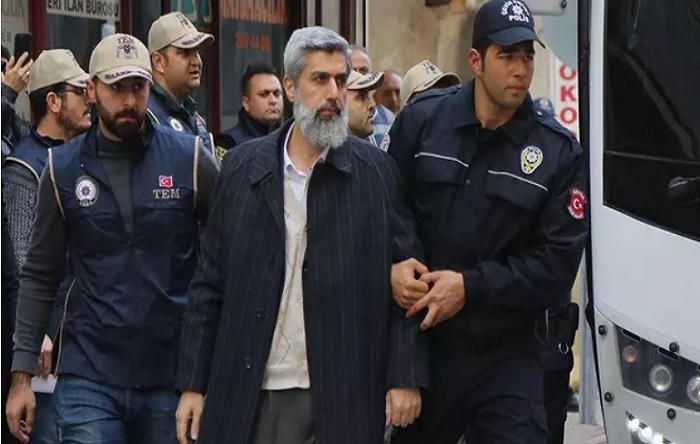 The lawyer for Alparslan Kuytul, the arrested leader of the anti-government Furkan Foundation, said in a social media post that Kuytul was put under psychological pressure in prison, the Stockholm Center for Freedom reported.

Lawyer Bilal İpek said Kuytul was kept in a one-person cell in a prison in eastern Ağrı province. According to İpek, the prison is located 900 kilometers from Kuytul’s hometown of Adana, making it difficult for his family to visit.

There have been previous reports of inmates staying in one-person cells who have complained of mental health problems.

“My client has been in a one-person cell for the past 90 days,” said İpek. “This on its own is mistreatment. Moreover, he has appealed several times to be transferred to a prison closer to his family; however, the general directorate of prisons and detention houses has rejected his appeals.”

İpek said Kuytul’s telephone privileges were restricted and that he was only allowed to phone his family once every two weeks for 10 minutes. “Normally inmates are allowed to video call their families every week for 30 minutes, but my client has been denied this right,” said İpek.

Kuytul is also reportedly not allowed to socialize with other inmates in the prison yard.

İpek demanded that Kuytul be transferred to a regular cell where he will have cellmates. “We urge authorities to transfer him to a prison closer to Adana, where he can stay in a regular cell,” said İpek.

The Furkan Foundation, a religious group, is known for its criticism of the Turkish government and for ardently advocating that religion and politics not mix.

Kuytul was arrested in 2018 for criticizing Turkey’s military involvement in northern Syria. He publicly opposed the government’s decision to send Turkish soldiers to Afrin, after which he was detained along with 28 other people from the foundation.

They were charged with “abusing their religious power” and “organizing a terrorist organization.” Kuytul was acquitted in 2020, but raids on members’ homes and offices in various cities have repeatedly taken place since then.

Furkan Foundation members have been protesting the arrest of their founder and the pressure on their activities. In many cases police intervened in their protests with tear gas and used excessive force against the protestors.