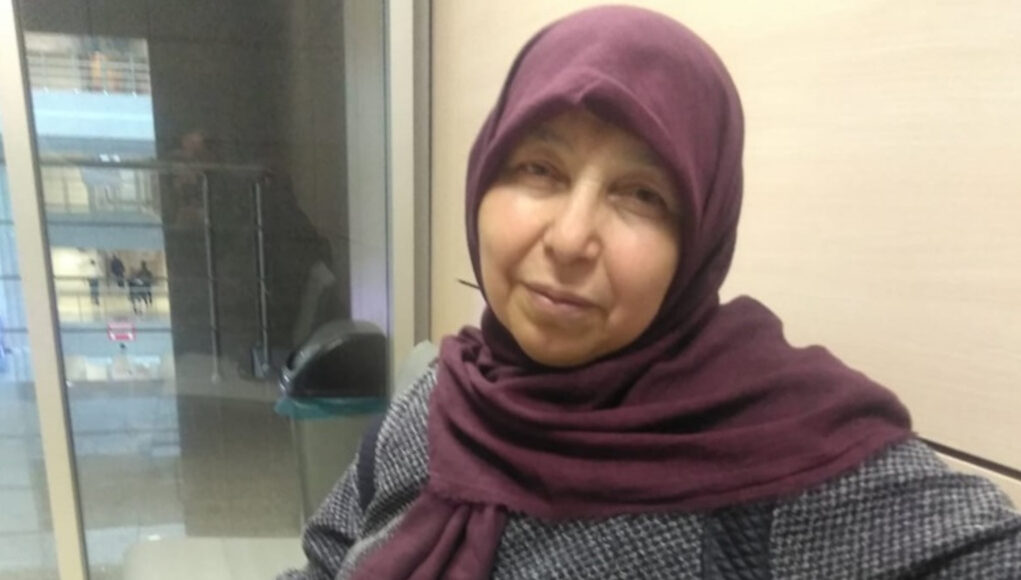 Mustafa Yeneroğlu, a deputy from Turkey’s DEVA Party, urged authorities to immediately release 64-year-old Fatma Yurt, who was arrested on terrorism charges for alleged links to the Gülen movement, the Stockholm Center for Freedom reported on Monday.

Yeneroğlu said Yurt was accused of attending religious gatherings and depositing money in Bank Asya,  which was closed down by the government following a coup attempt on July 15, 2016 due to its affiliation with the Gülen movement.

“So this woman is accused of terrorism for this?” he asked. “She is supposed to serve years in prison for depositing money in a bank that was completely legal at the time, and for attending religious meetings?”

Yurt, who was a Qur’an teacher, was arrested on March 13, 2020 and sent to a prison in western Manisa province. She was arrested at the start of the COVID-19 pandemic although she suffered from asthma and several other chronic illnesses.

Turkish President Recep Tayyip Erdoğan has been targeting followers of the Gülen movement, inspired by Turkish cleric Fethullah Gülen, since the corruption investigations of December 17-25, 2013, which implicated then-Prime Minister Erdoğan, his family members and his inner circle.

Dismissing the investigations as a Gülenist coup and conspiracy against his government, Erdoğan designated the movement as a terrorist organization and began to target its members. He intensified the crackdown on the movement following the coup attempt in July 2016 that he accused Gülen of masterminding. Gülen and the movement strongly deny involvement in the abortive putsch or any terrorist activity.

In a letter she wrote last year to human rights activist and Peoples’ Democratic Party (HDP) deputy Ömer Faruk Gergerlioğlu, Yurt said she did not have access to proper healthcare. Yurt added that the prison was cold and unsanitary and that she feared her health would further deteriorate in prison.

According to a statement from Turkish Interior Minister Süleyman Soylu on February 20, a total of 622,646 people have been the subject of investigation and 301,932 have been detained, while 96,000 others have been jailed due to alleged links to the Gülen movement since the failed coup. The minister said there are currently 25,467 people in Turkey’s prisons who were jailed on alleged links to the movement.