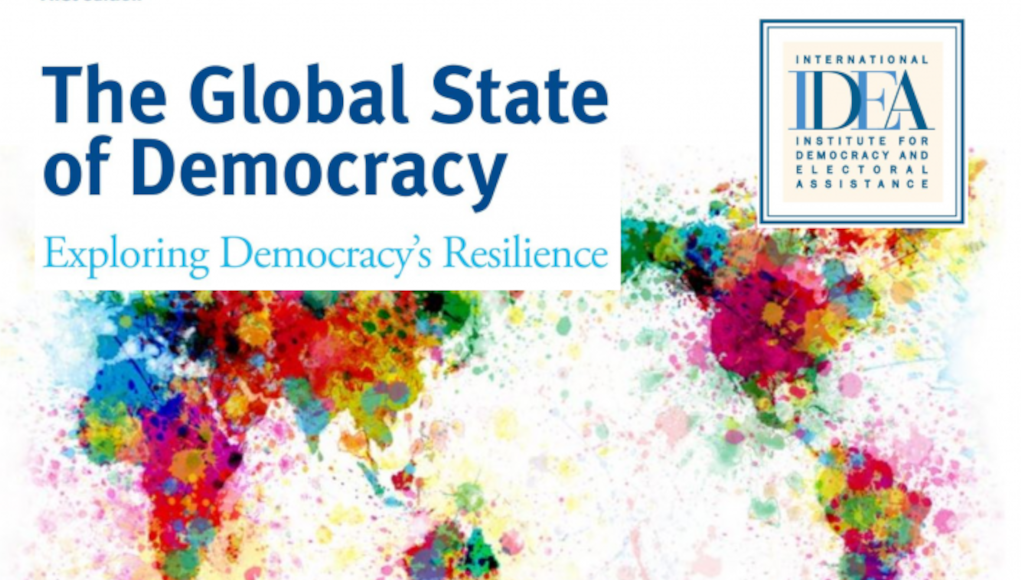 Turkey ranks first among countries in which democratic rule decreased between 2010 and 2020, according to a report published Monday by the Stockholm-based International Institute for Democracy and Electoral Assistance (IDEA), the Stockholm Center for Freedom reported.

The report, titled “The Global State of Democracy 2021,” said Turkey ranked first in the decrease of democratic rule, followed by Nicaragua, Serbia, Poland and Brazil. The report said Turkey had a “hybrid regime,” which it classifies as non-democratic, meaning the country has authoritarian tendencies.

According to the report hybrid regimes have insufficient space for civil society and media. These regimes have significantly weak checks on government and the violation of civil liberties, such as freedom of expression. Moreover, in these regimes, governments have manipulated the electoral process to remain in power when public support  declines.

Turkey was one of six countries where democracy was backsliding the most over the past five years. The report said in the past 10 years gender equality and LGBTQ rights have been increasingly under attack in Turkey.

According to the 2021 Rainbow Europe Map published by the International Lesbian, Gay, Bisexual, Trans and Intersex Association (ILGA)-Europe, Turkey was ranked 48th among 49 countries as regards the human rights of LGBT people.

IDEA’s report emphasized that the COVID-19 pandemic had a significant effect in causing democracy to decrease in the past year. According to the report, freedom of expression decreased in 2020. Attacks on scientists, healthcare workers, activists and opposition politicians have been perpetrated in Turkey.

The victims were targeted for disseminating data, research and information on the handling of the pandemic or reporting on the virus.

The AKP was also criticized for applying a double standard in dealing with the pandemic since the party held meetings in February and March with thousands of people shown often to not be wearing masks and all crowded indoors.

Additionally, political prisoners were excluded from an early parole law on April 14, 2020 aimed at reducing the inmate population of the country’s overcrowded prisons due to the pandemic. The legislation excluded political prisoners such as politicians, journalists, lawyers, academics and human rights defenders convicted under the country’s controversial counterterrorism laws and prompted calls from the UN and the EU for the non-discriminatory reduction of prison populations.

According to the European Commission’s yearly report on Turkey, there has been backsliding in the respect for democracy, human and fundamental rights. The report underlined serious deficiencies in the functioning of the country’s democratic institutions.