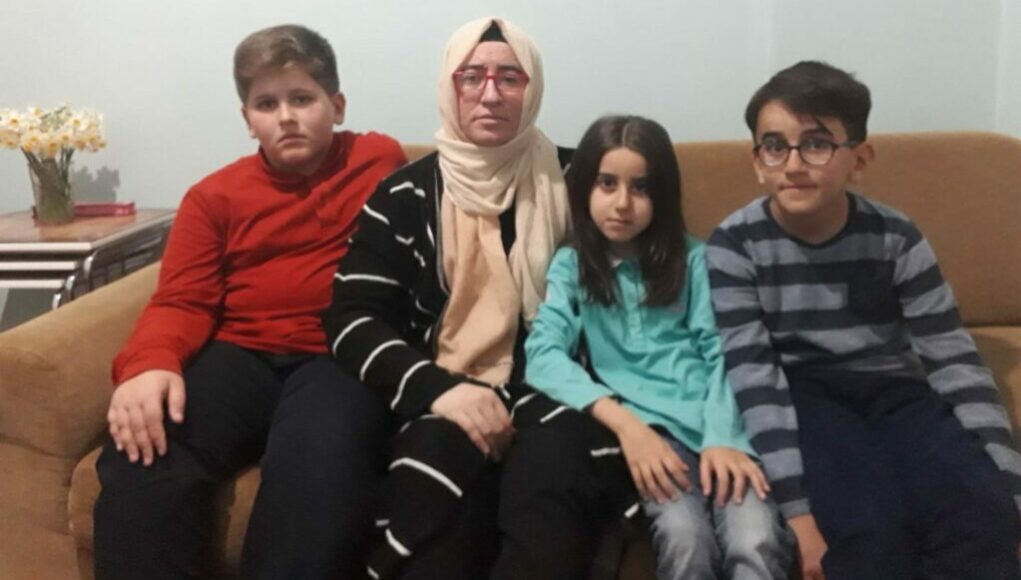 Gülden Aşık, a mother of three who suffers from thyroid cancer, was arrested on Wednesday after being sentenced to six years, three months in prison for alleged links to the Gülen movement, the Stockholm Center for Freedom reported, citing Bold Medya.

Aşık, who is currently in Edirne Prison in western Turkey, was at risk of losing her vocal cords and was scheduled for an operation before she was arrested.

This is not the first time Aşık has suffered from health problems in prison. She was first arrested in April 2019 and was sent to a prison in Bandırma while in the first weeks of a pregnancy. Asik suffered a miscarriage in prison at 10 weeks and underwent a medical procedure.

Aşık’s first arrest was unlawful as the Law on the Execution of Sentences and Security Measures stipulates that even if a pregnant woman is convicted, her sentence must be postponed. According to the law, “execution of the prison sentence is delayed for women who are pregnant or have given birth within the last year and a half.” The law also applies to inmates kept in pre-trial detention.

Yet the Turkish authorities have been detaining and arresting pregnant women and women with newborns. The issue was taken to the Board of Judges and Prosecutors [HSK] by human rights defender and lawmaker Ömer Faruk Gergerlioğlu.

According to Aşık one of the female guards referred to the fetus as “trash.” In a letter to her husband Aşık said suffering a miscarriage in prison and being insulted by guards had left her with emotional scars.

Aşık was released on June 10, 2019 pending trial. Witness testimony and a ByLock messaging application on her phone were used as evidence against her.

Turkey considers ByLock, once widely available online, a secret tool of communication among supporters of the faith-based Gülen movement since a coup attempt on July 15, 2016 despite the lack of any evidence that ByLock messages were related to the abortive putsch, leading to the arrest of thousands who were using it.

Turkish President Recep Tayyip Erdoğan has been targeting followers of the Gülen movement, inspired by Turkish cleric Fethullah Gülen, since the corruption investigations of December 17-25, 2013, which implicated then-Prime Minister Erdoğan, his family members and his inner circle.

Dismissing the investigations as a Gülenist coup and conspiracy against his government, Erdoğan designated the movement as a terrorist organization and began to target its members. He intensified the crackdown on the movement following the coup attempt that he accused Gülen of masterminding. Gülen and the movement strongly deny involvement in the abortive putsch or any terrorist activity.

Lawmaker Gergerlioğlu, from the Peoples’ Democratic Party (HDP), said ill prisoners were not released until they were at the point of no return. He claimed that prisoners did not have access to proper healthcare facilities such as hospitals or infirmaries.