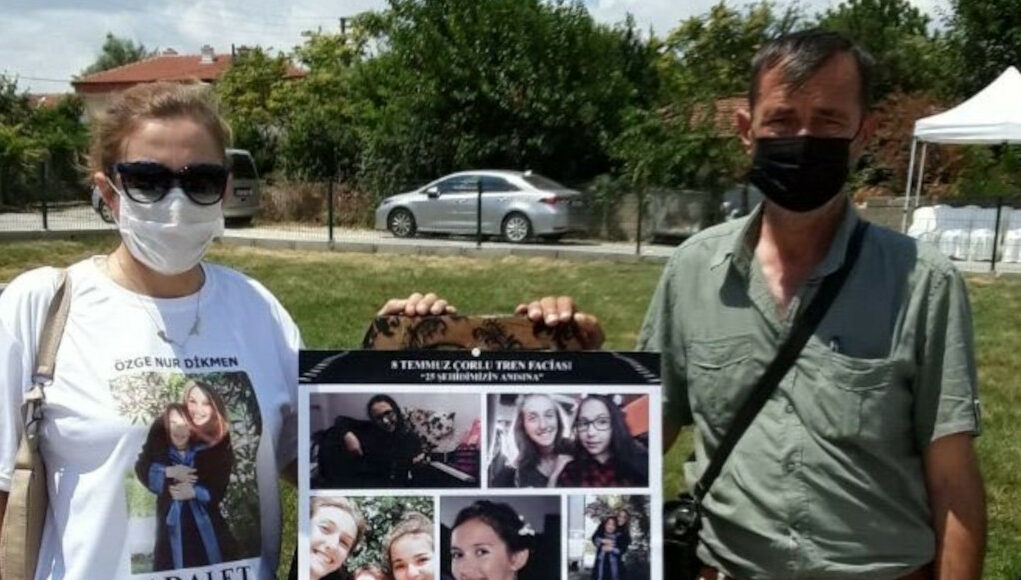 Erdinç Dikmen, the father of two girls who died in a high-speed train accident in Turkey in 2018, on Friday died of a heart attack, the Stockholm Center for Freedom reported.

The news of Dikmen’s death was announced by Mısra Öz, whose son was among the victims of the same crash. Öz said Dikmen had no significant health problems and that the heart attack was the result of years of emotional stress he endured while seeking justice for his daughters.

“We, the families of the train accident victims, suffered immense pain,” she said. “The people who were responsible for the accident were not held accountable, and our plea for justice has fallen on deaf ears. Erdinç [Dikmen] was the latest victim of the accident.”

According to journalist Mustafa Hos, Dikmen had said he no longer had the strength to continue fighting for justice.

In July 2018 the northwestern province of Tekirdağ was the scene of a train derailment that claimed the lives of 25 people and injured 328 others. Many said the accident occurred because of the authorities’ failure to maintain the tracks, which were dislodged following heavy rain in the region.

Öz as well as families of other victims complain that senior officials from the state rail company, the Transportation Ministry and others who bear the actual responsibility for the tragedy have not been brought to justice and that only four railway employees responsible for maintenance, repair and yearly inspection of the tracks are standing trial. The employees face up to 15 years in prison for involuntary manslaughter.

Öz was ordered by a court to pay a fine of TL 8,840 ($1,200) in February on charges of insulting a public official due to her social media messages about the panel of judges that is hearing the trial of the people allegedly responsible for the train accident.

In one of her tweets Öz likened the panel of judges to “a panel that prefers to see no evil, hear no evil and speak no evil.” She was indicted due to her remarks, which criticized the judges for not holding a fair trial.

In remarks to the Birgün daily, Öz said the court ruling shows that the judiciary is not independent and is under the control of “some” in Turkey, an implicit reference to the ruling Justice and Development Party (AKP).