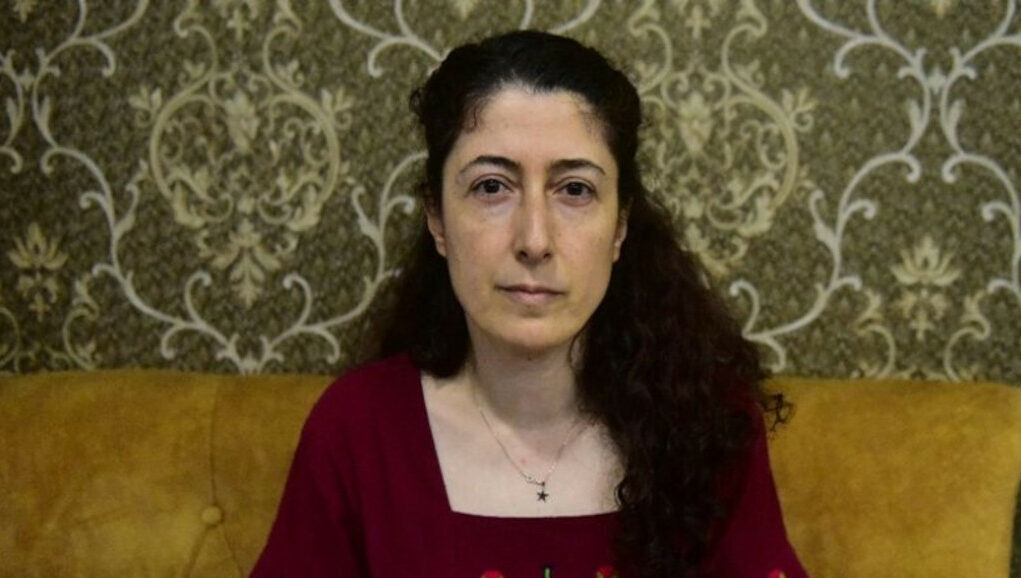 Ayten Öztürk, 47, who describes herself as a socialist activist, said she was subjected to severe torture and sexual harassment in a secret detention center in Ankara in 2018, the Stockholm Center for Freedom reported on Friday.

In an interview with Ömer Faruk Gergerlioğlu, a human rights activist and deputy from the Peoples’ Democratic Party (HDP), Öztürk said a bag was placed over her head and that she was stripped naked and chained to a wall.

“They told me they would not let me go unless I complied,” she said. “They attempted to rape me with a police baton and I was electroshocked until I fainted.”

Öztürk said she lost 25 kilos during the detention. “They told me they were given the authority to do anything to me,” she said. “They told me they would continue torturing me until I cooperated with them. They said they were professionals and I would be begging to die. I was not the only detainee there, but I was the only woman.”

Öztürk said she was dropped off in the middle of a field after six months and was immediately picked up by the Ankara police.

Öztürk was detained in March 2018 at the Beirut airport while on her way to Europe and was handed over to Turkish authorities, who brought her to Turkey. She was arrested and sent to Ankara’s Sincan Prison after detention. Öztürk is charged with membership in a terrorist organization, and the prosecutor is asking for a life sentence.

Although Öztürk filed a complaint about the torture, the prosecutor found no grounds for legal action.

Torture and mistreatment are becoming worryingly common in Turkey.

According to a monthly report released by human rights defender and opposition deputy Sezgin Tanrıkulu, 248 people were tortured or maltreated in prisons, hospitals and detention centers in July. Rights violations in prisons included denial of medical treatment, deprivation of basic needs including food, beds and warm water, and the forced transfer to other prisons

According to a report by the UN special rapporteur on torture and other cruel, inhuman or degrading treatment or punishment, on his mission to Turkey from November 27 to December 2, 2016, “torture and other forms of ill-treatment were widespread” in Turkey. “[T]here seemed to be a serious disconnect between declared government policy and its implementation in practice,” the special rapporteur noted.

The report found there were numerous consistent allegations received by the special rapporteur in the immediate aftermath of a failed coup in 2016 and that torture and other forms of ill-treatment were widespread.

The special rapporteur heard persistent reports of severe beatings, punches and kicking, blows with objects, falaqa, threats and verbal abuse, being forced to strip naked, rape with objects and other sexual violence or threats thereof, sleep deprivation, stress positions and extended blindfolding and/or handcuffing for several days, according to the report.