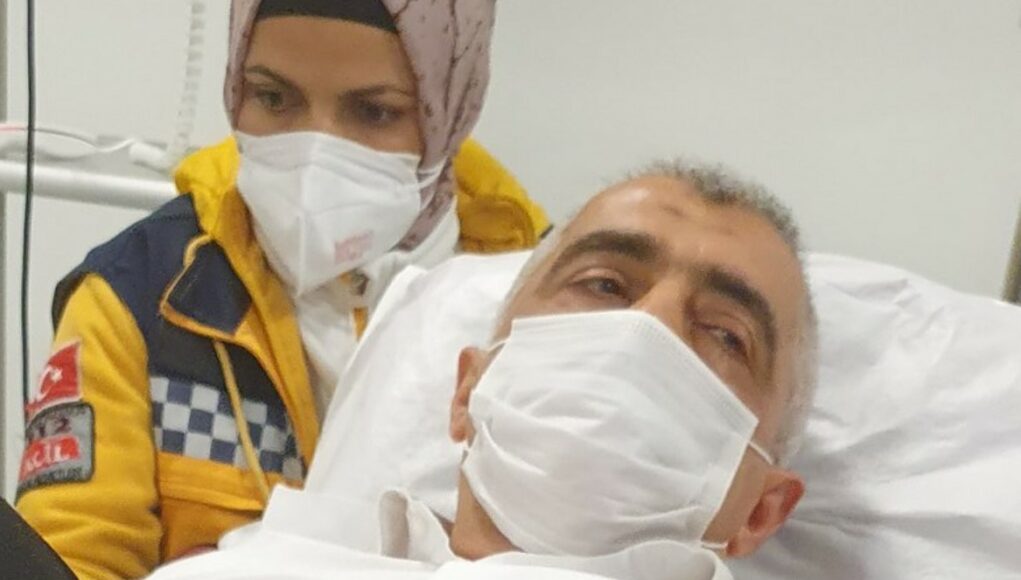 Prominent rights activists around the globe, in addition to Turkish dissidents, have condemned the detention by force of former opposition MP and prominent human rights defender Ömer Faruk Gergerlioğlu, who suffered chest pains and then underwent an angiogram hours after being detained.

Gergerlioğlu’s son, Salih, announced on Twitter that the politician had the angiogram in the early hours of Saturday and that he was put in intensive care due to high blood pressure.

Former Green member of the European Parliament Rebecca Harms tweeted that it was “outrageous” to detain a politician the way Turkish police on Friday detained Gergerlioğlu, by forcing him out of his house before he could even put his shoes on.

“Utterly shameful – a member of Turkish parliament is being detained from his home, almost taken away bare feet, to serve an unjust and unjustifiable prison sentence for exercising his right to freedom of expression five years ago,” Milena Büyüm, Amnesty International’s Turkey campaigner, tweeted, sharing a video of Gergerlioğlu being taken away by police officers.

Human Rights Watch (HRW) Turkey director Emma Sinclair-Webb also posted the footage showing the police detaining Gergerlioğlu with the comment, “Elected HDP member of parliament, human rights defender, doctor Ömer Faruk Gergerlioğlu, stripped of his seat parliament in reprisal for being the voice of victims of rights abuses, is being detained from his home now.”

“We will never forget about this unlawfulness towards Ömer Faruk Gergerlioğlu, who has given voice to those who were subjected to unjust treatment and torture because of you,” Sezgin Tanrıkulu, an MP from the main opposition Republican People’s Party (CHP) and deputy chair of a parliamentary committee on human rights, tweeted on Friday, addressing the ruling Justice and Development Party (AKP).

Lawyer and human rights activist Eren Keskin criticized lawmakers at the Turkish parliament for remaining silent in the face of Gergerlioğlu’s arrest, saying: “A human rights advocate, a medical doctor is being arrested for sharing a story right now. Shame on you, Parliament.”

The 55-year-old politician, who has shone a light on controversial topics including torture and prison strip-searches, was expelled from parliament over terror charges linked to a 2016 social media post where he commented on a story that reported on outlawed Kurdish militants calling on the Turkish state to take a step towards peace.

Gergerlioğlu was given the jail sentence at the end of his trial on Feb. 21, 2018, and the conviction was upheld by the Supreme Court of Appeals on Feb. 19.

The HDP is accused by the government of links to the Kurdistan Workers’ Party (PKK), an armed group listed as a terrorist organization by Turkey, the US and the EU. Although the pro-Kurdish party denies the claim, a government-led crackdown on the HDP reached new heights following a failed coup in July 2016, as Erdoğan’s AKP detained thousands of its members and replaced many of its provincial and city mayors with government-appointed trustees.

The party’s former co-chairpersons, Selahattin Demirtaş and Figen Yüksekdağ, who were arrested in November 2016 on terrorism charges, are still behind bars.