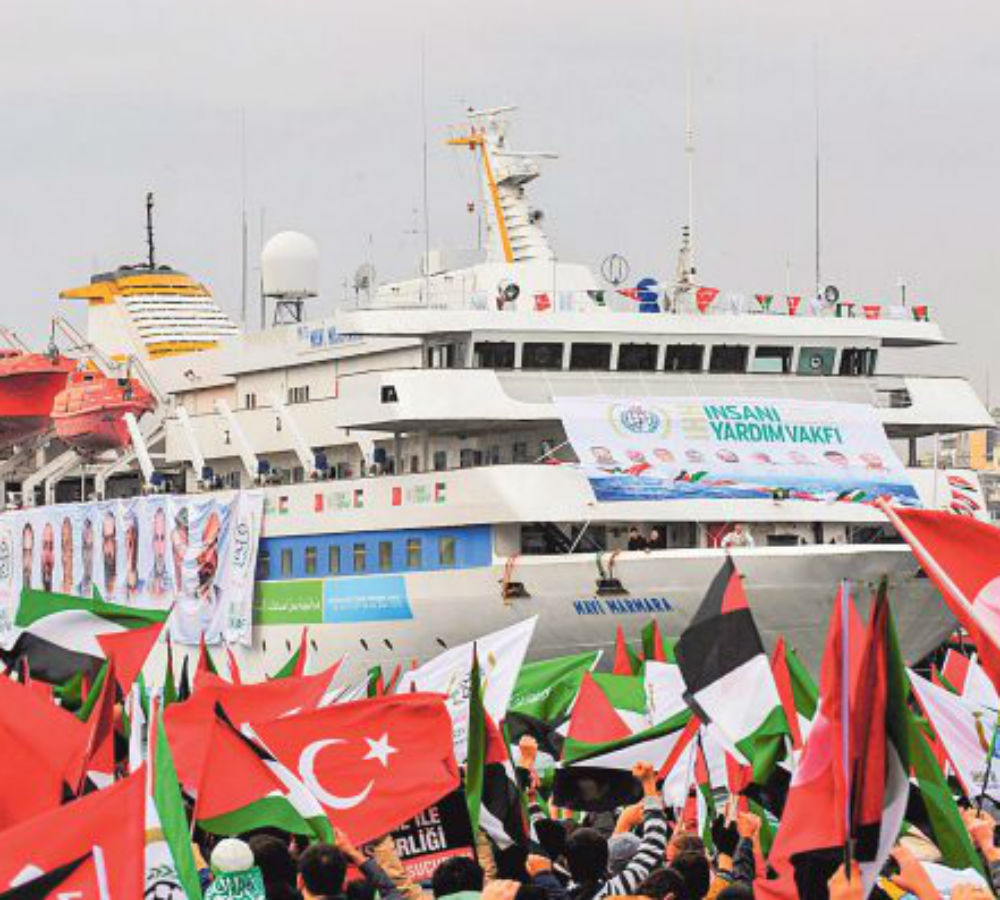 Some family members of pro-Palestinian activists, who were killed by the Israeli navy during a Gaza flotilla raid in 2010, reacted against deal to normalize ties between Turkey and Israel.

“Who did you ask for advice about this, gentlemen? What are you doing? The ones who have the right to decide upon this issue are relatives of those who gave their lives for it. I, just like other children of the victims, do not accept the compensation, the apology or the agreement. Our martyrs’ blood is not for sale, just as the honor of Palestinian people,” victim Cengiz Songür’s daughter Meryem said.

“Palestine is still under fire. While you sign ‘peace’ agreements, many people in there had to do with water and a date during iftar dinners. And while you give your signature for ‘peace,’ a mother is still trying to protect her children from Israeli soldiers. … How can you ignore this? I just cannot believe it,” Meryem Songür added.

Çiğdem Topçuoğlu, wife of the victim Çetin Topçuoğlu, also reacted against the deal, saying, “I wish I was shot that on that [humanitarian aid] ship and did not see these developments. … I leave you to the punishment of God.”

The Turkish Foundation for Human Rights and Freedoms and Humanitarian Relief (IHH) also criticized the agreement in a series of tweets on Sunday, emphasizing that the blockade of Gaza is has to be lifted because it is unlawful and a crime against the humanity.

The Israeli navy killed nine Turkish and one Turkish-American pro-Palestinian activists in 2010, conducting an operation against six civilian ships that belonged to the Gaza Freedom Flotilla in international waters of the Mediterranean Sea. The ships fit by the Free Gaza Movement and IHH were carrying humanitarian and construction supplies to the blockaded Gaza Strip.