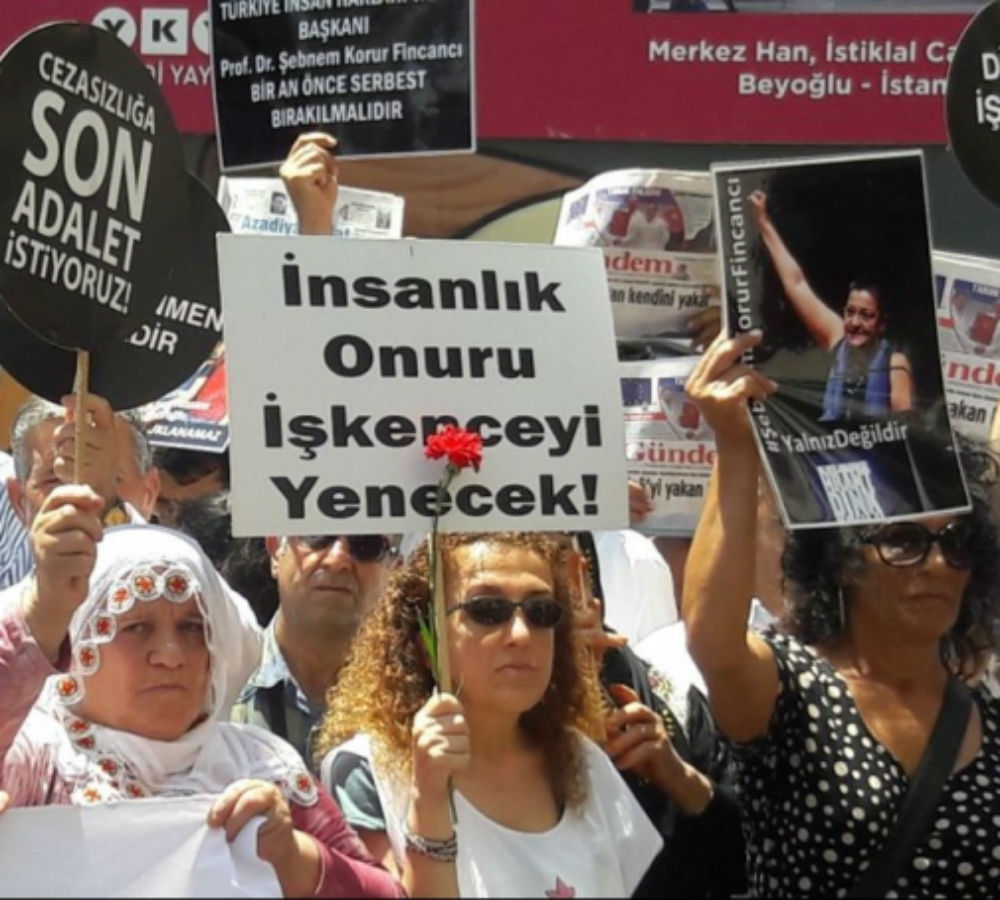 The statement released on June 26, the International Day in Support of Victims of Torture, said that 2015 and the first half of 2016 has been a period of regression for human rights and freedoms in Turkey.

Expansion of the authority of police, gendarmerie and other military and paramilitary powers is stated to be one of the biggest reasons of the regression.

It is also stated that the number of places and means of government-led torture and maltreatment – including handcuffing and handcuffing behind the back, using water cannon, tear gas, pepper spray, truncheon and rubber bullets — has recently been increased.

The statement also covered the incidents of torture and maltreatment in prisons, saying that poor conditions, restriction of access to health services, problems related to hygiene and consumption, cell confinement and isolation of small groups of the arrested gave serious damages to psychological and physical integrity of victims.

According to the statement, a total of 198 security force members, 414 militants and 222 civilians have lost their lives between July and December, 2015, after the settlement process launched by the Justice and Development Party (AK Party) government in 2012 with the Kurdistan Workers’ Party (PKK) to end the country’s long-standing Kurdish problem ended.

The human rights foundations finally stated that they would continue fighting to restore human rights and freedoms, social peace and justice.

According to a TİHV report of 2015, 597 people reported torture and maltreatment to the foundation, with 371 of them saying that the incident happened in the same year. Also, 210 people reported similar incidents to TİHV during the first 5 months of 2016.