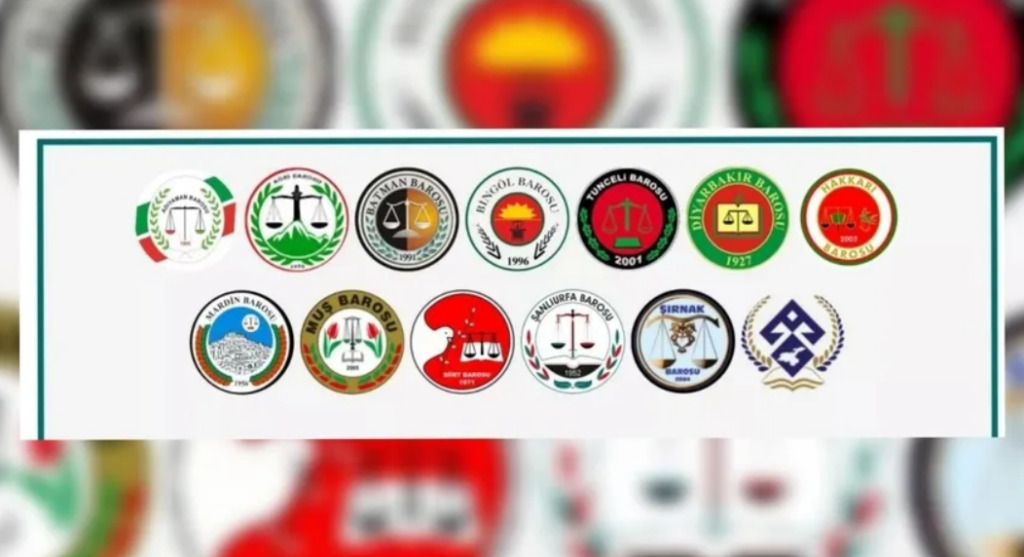 Turkish prosecutors have launched an investigation into the presidents of 12 bar associations across the country on allegations of insulting the Turkish state due to a joint statement they made against the country’s military operations in Syria and Iraq, according to the Media and Law Studies Association (MLSA).

The investigation was launched under the controversial Article 301 of the Turkish Penal Code (TCK), which concerns the crime of insulting the Turkish nation, state, the republic and the state organs, against the presidents of the bar associations including those of the southeastern provinces of Diyarbakır, Van and Mardin.

The presidents of the 12 bar associations made the joint statement last November in the wake of the airstrikes conducted by the Turkish Armed Forces (TSK) in northern Syria and Iraq against Kurdish militants whom Turkey accuses of terrorism.

In their statement the presidents of the bar associations called for an end to Turkey’s military operations in Syria and Iraq and said they must defend peace under all circumstances.

Diyarbakır Bar Association President Nahit Eren said there was no element of a crime in their statement and that the investigation aims to intimidate them into remaining silent.

The investigation file has been sent to the Justice Ministry by the Diyarbakır Chief Public Prosecutor’s Office as prosecutors need to get permission from the ministry for investigations under Article 301 of the TCK.

Ankara launched the airstrike campaign across Iraq and Syria in November as part of Operation Claw-Sword following a bombing in Istanbul on Nov. 13 that killed six people.

Turkey blamed the İstanbul attack on the outlawed Kurdistan Workers’ Party (PKK), which has been designated as a terrorist group by Turkey and much of the international community. The PKK, which has waged an insurgency against the Turkish state since 1984, denied any role in the bombing — the deadliest in five years after a spate of attacks in Turkey between 2015 and 2017.

Ankara considers the YPG a terrorist group linked to the PKK.