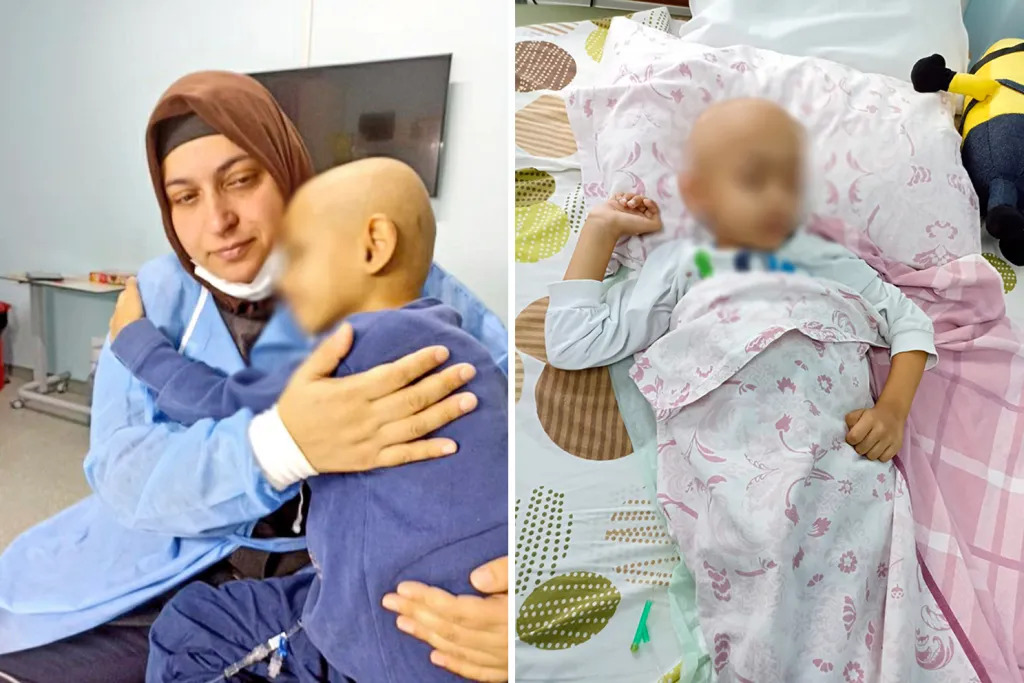 2 dead, 2 injured in fire in Armenian church in İstanbul

A lawmaker from the pro-Kurdish Democratic Peoples’ Party (HDP) has called on Justice Minister Bekir Bozdağ to release a woman serving a sentence on conviction of links to the Gülen movement so she can be with her son, who is suffering from bone cancer and has a low chance of survival, the Kronos news website reported on Wednesday.

Gülten Sayın, the mother of 6-year-old Yusuf Kerim, who has late-stage Ewing’s sarcoma, was sentenced to more than six years for working at a student dormitory in northwestern Turkey and for depositing money in Bank Asya, both of which were closed by the government due to their alleged links to the movement. She was arrested on Dec. 16 to serve her sentence.

His doctors say the boy has a 20 percent chance of survival, and his father, Süleyman Sayın, has repeatedly called on authorities to release his wife so Yusuf Kerim can spend what time he has left with her.

HDP deputy and human rights defender Ömer Faruk Gergerlioğlu, who has also brought the plight of the boy to public attention during numerous press conferences in parliament and called on authorities to allow the postponement of sentences for such inmates as Gülten Sayın, on Tuesday underlined in a tweet addressed to Bozdağ that the boy doesn’t have long to live.

“He doesn’t have much time! He needs his imprisoned mother to beat the disease!” the HDP lawmaker said, accusing Bozdağ of remaining silent in the face of the persecution and suffering of Yusuf Kerim for 33 days.

Gergerlioğlu also posted a video of the boy talking to his mother over the phone, saying that the minister should make a statement as soon as possible and clarify whether they would amend the law so as to allow Yusuf Kerim to reunite with his mother.

According to Turkish media reports, Yusuf Kerim doesn’t know that his mother is behind bars and was told that she was being treated at another hospital.