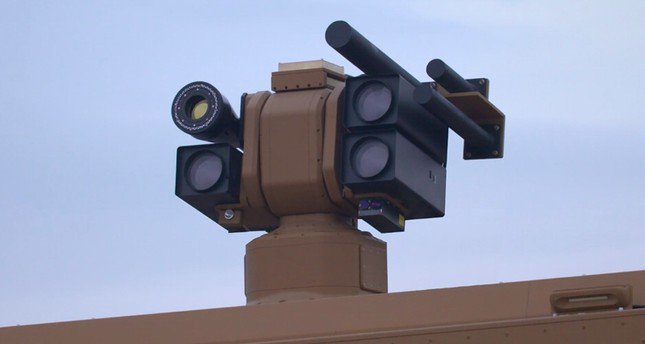 A decision made by the Defense Industry Executive Committee (SSİK) to meet the needs of the Turkish Armed Forces (TSK) through local defense contractors has played a crucial role in the development of the Turkish defense industry. In parallel with this decision, the TSK Joint Operation Concept, one of the critical documents setting the direction of the defense planning process, was updated, taking into account the knowledge and experience gained from NATO military exercises and activities in which the TSK participated. This allowed Turkish defense companies to create a concrete plan for the future to have the capabilities and technologies that enable the production of weapons systems to meet the TSK’s needs.

Thanks to the leadership and coordination between the Turkish General Staff and the Presidency of the Defense Industry (SSB), the defense contractors that belong to the Turkish Armed Forces Foundation (TSKGV), such as Roketsan, Aselsan, Havelsan and TAI, have achieved significant success. Unfortunately, it is a fallacy that the entire success of Turkey’s defense industry is due to the unmanned combat aerial vehicle (UCAV) made by Baykar, owned by Selcuk Bayraktar, President Recep Tayyip Erdoğan’s son-in-law. With the help of the pro-Erdoğan media, Baykar has trumpeted the UCAVs such as Bayraktar TB-2 and Akıncı, while the other weapons systems produced by TSKGV companies have remained in the background. Baykar-made UCAVs are equipped with Roketsan-made guided munitions and missiles, which provide pinpoint accuracy for the target engagement. Roketsan thus has the greatest influence on the success and popularity of UCAVs produced by Baykar. Roketsan produces not only guided weapons, missiles and munitions but also the Alka directed energy weapon system, an excellent example of the high technology achieved by Roketsan.

The Alka directed energy weapon system uses electromagnetic and laser technology against asymmetric threats as a very close hybrid air defense system. Threats are interfered with by an electromagnetic jamming system and are destroyed by a laser destruction system with two-layered defense architecture. It can also counter bomb traps in residential areas and roadside improvised explosive devices (IEDs)

Alka will make a significant contribution to the protection of critical bases and facilities within the TSK (naval bases, arsenals, coastal radar and missile sites, batteries, deployment areas, etc.) as well as strategically important bridges, oil refineries and pipelines against asymmetric terrorist attacks and swarm attacks by kamikaze drones and UAVs. Meteksan, Ermaksan, Anova, PRF Arge, Opsin and Modesis are participating in the Alka project with Roketsan. The laser weapon, one of the project’s main components, was developed by Roketsan, while the UAV search and tracking radar was developed by Meteksan. The UAV search and tracking radar, an electro-optical tracking system, is effective up to a distance of about 4 kilometers, and the laser weapon is effective up to 700 meters.

In today’s complex threat environment, IEDs and kamikaze drones are widespread and used in particular by terrorist organizations, which have easy access to critical systems for making IEDs and kamikaze drones. Protecting critical TSK bases and facilities from kamikaze drones and UAV attacks, especially in swarm mode, has become a critical security need. In this regard, Alka is a system with the means and capabilities to counter these threats. Since Alka can easily be moved from one location to another thanks to its mobile structure, it provides freedom of action to military authorities during the planning phase. The “Directed Energy Futures 2060” report published by the US Air Force Research Laboratory also mentions the Alka system as having destroyed a UAS (unmanned aircraft system) during conflicts in Libya, citing a report on the Ahval news website and saying that if true, this is “a first of its kind combat achievement.” This gives an idea of the importance of the Alka contribution to the TSK.

The target information obtained by the Alka search and tracking radar is used by electro-optical systems and artificial intelligence-based image identification algorithms. In this way, birds and the like are not considered targets, and these contacts are eliminated to prevent false target detection. This also prevents an unnecessary increase in alert level and effort. Alka first attempts to neutralize threats that approach by using electronic jamming. The threats that penetrate this protective layer are then neutralized with a laser weapon.

According to news published by Army Recognition, a defense news website, the Chinese-made Wing Loong-II UAV used by Khalifa Haftar’s forces in Libya was shot down by the TSK using a laser weapon.