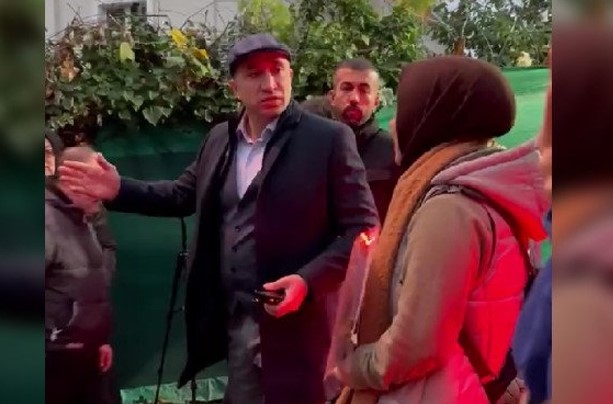 Police on Wednesday threatened Uyghurs outside the Chinese Consulate in İstanbul who were protesting the death of innocent Uyghurs in a fire in Urumqi, Xinjiang, with detention and deportation to China, the Stockholm Center for Freedom reported, citing local media.

A fire in a residential high-rise in Urumqi, where many residents have been under lockdown, set off public anger and questions about China’s zero-Covid policy. Ten people were killed and nine injured when the blaze ripped through a residential building in the regional capital Urumqi on Thursday night, with many blaming lengthy lockdowns for hampering rescue efforts.

The protests, which began in Urumqi after the failed fire rescue, spread to other cities in China and across the world.

An estimated 50,000 Uyghurs are currently living in Turkey, making it the largest Uyghur diaspora in the world. They have staged daily protests outside the Chinese Consulate in Istanbul over the past few years, holding pictures of their relatives and family members with whom they lost touch for months, and even years.

China’s treatment of the Uyghurs and other Muslim minorities has drawn international condemnation, with human rights groups estimating that some 1 million Uyghurs have been arbitrarily incarcerated in a network of prison camps in Xinjiang. There have also been reports of forced sterilization, systematic torture and rape.

Beijing denies all allegations of abuse of Uyghurs and describes the camps as vocational training facilities to combat religious extremism.

Turkey has been a destination for thousands of Uyghurs fleeing China and home to a sizable Uyghur diaspora. But a Turkey-China extradition treaty signed in 2017 that is still awaiting ratification by the Turkish parliament led to fears that it could be used to target Uyghurs in Turkey.

The Uyghurs have sought refuge in Turkey because of their shared cultural ties. Turkey, however, has become less vocal about the plight of the Uyghurs in recent years as it has developed economic ties with China.