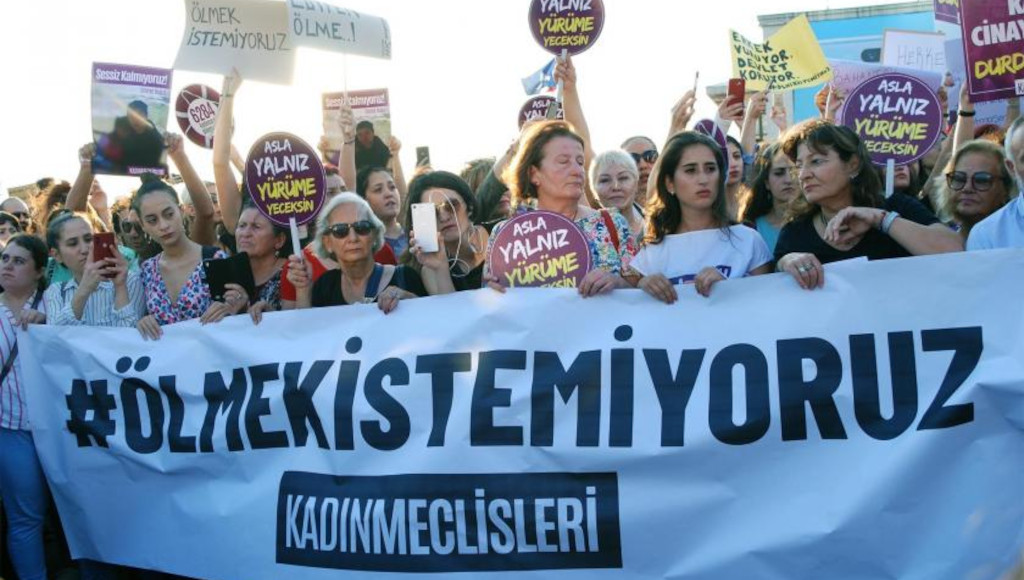 A report by the Federation of Women’s Associations of Turkey, (TKDF) says femicide and violence against women continue to be major problems in Turkey.

According to the report, released on Nov. 25, the International Day for the Elimination of Violence against Women, at least 327 women have been killed by men this year through Nov. 11.

“In our country, where we do not understand the importance of protecting a woman’s right to life, we see the massacre of women almost as often as the days of the month,” the report says.

The report shows that most murders of women occur in big cities. It records 64 in İstanbul, 19 in İzmir, 17 in Ankara, 13 in Antalya and 10 in Adana.

Most women were killed by their partners and family members, the report says.

So far, in 2022, 116 women have been murdered by their partners, 75 murders of women have yet to be solved, 37 women were murdered by family members and 31 by men from whom the women wanted to divorce or separate.

Turkey was the first country to ratify the Council of Europe Convention on Violence against Women, known as the Istanbul Convention.

Islamist and conservative critics, however, claimed it undermined traditional family values, and President Recep Tayyip Erdoğan withdrew the country from the treaty in March 2021.