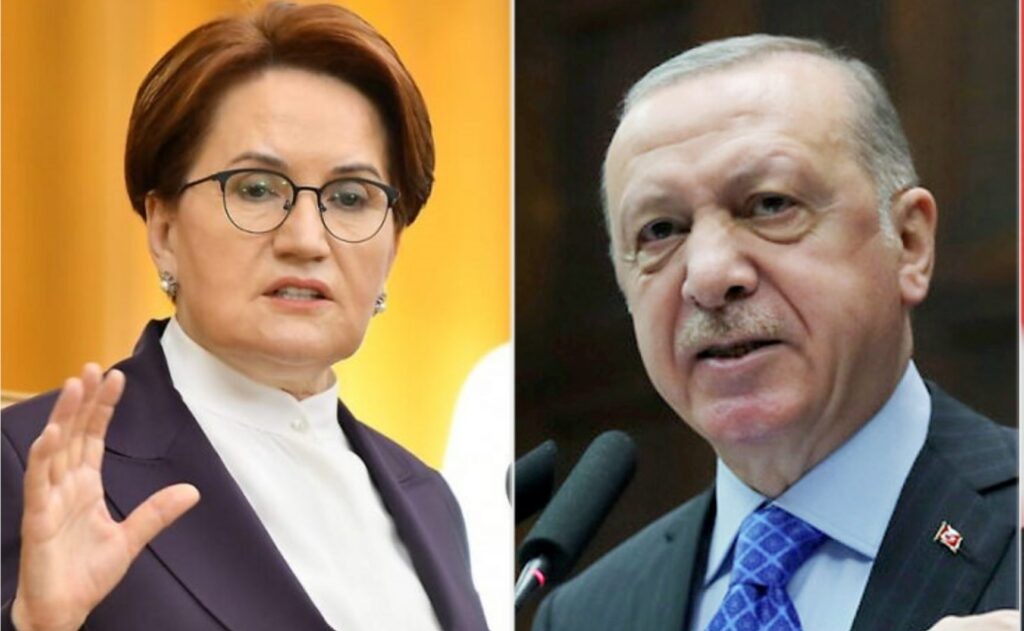 Turkish President Recep Tayyip Erdoğan has called on an opposition party leader to reconsider her party’s position and leave an opposition bloc of six parties, a move rebuffed by the party.

Erdoğan made his call to İYİ (Good) Party leader Meral Akşener when speaking to reporters on a flight back from Indonesia, where he attended the G20 summit earlier this week.

The president said he wished the İYİ Party would undergo a transformation and leave the “Table of Six” and demonstrate an attitude in line with the interests of the nation.

The “Table of Six” refers to the leaders of the main opposition Republican People’s Party (CHP), the Felicity Party (SP), the Future Party (GP), the Democrat Party (DP) and the Democracy and Progress Party (DEVA) in addition to Akşener.

The leaders of the six opposition parties signed a declaration in February confirming their resolve to introduce a “strengthened parliamentary system” should they unseat President Erdoğan in the 2023 elections.

Akşener rebuffed Erdoğan’s call, saying she doesn’t sit at a gambling table where the future of the country is ruined.

The İYİ Party’s youth branch posted a previous video of Akşener in response to Erdoğan’s call in which she says, “Oh that’s great,” while clapping her hands.