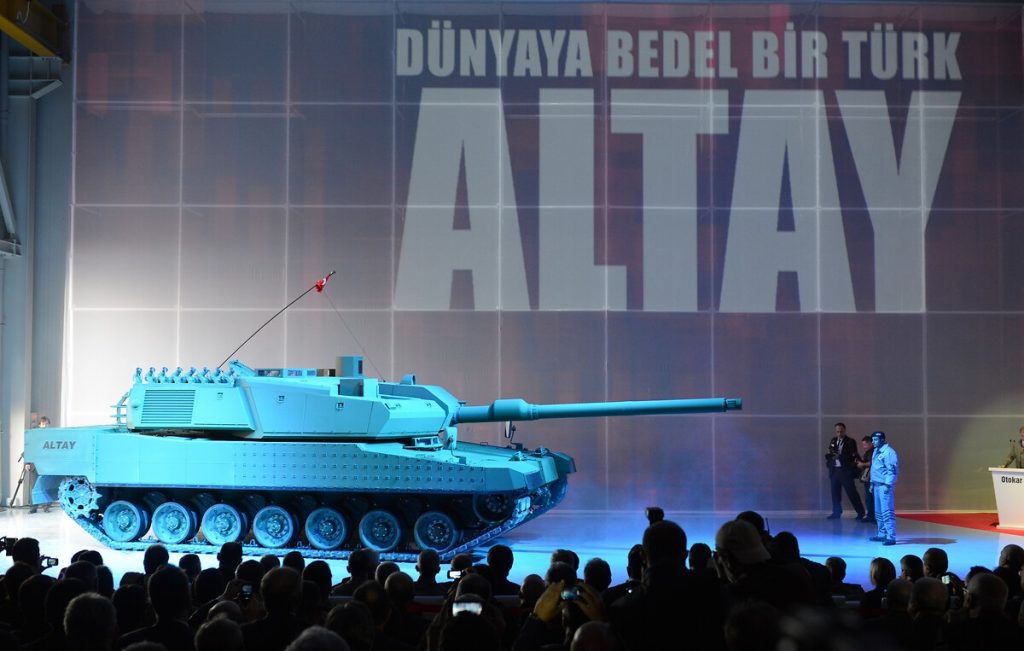 Erdoğan slams The Economist over its ‘dictatorship’ report on Turkey

President Recep Tayyip Erdoğan expanded his power and control over the Turkish Armed Forces (TSK) following a coup attempt on July 15, 2016. The Presidency of the Defense Industry (SSB) was separated from the Defense Ministry and directly linked to the presidential office. Erdoğan took control of the SSB, the agency responsible for procuring equipment for the TSK. He limited the military’s power and control over defense industry projects through presidential decrees. For Erdoğan, the defense industry is the most lucrative area for businessmen close to him after the construction industry. Erdoğan has prioritized the interests of businessmen in his circle over the requirements of the TSK in defense industry projects, which causes delays in the projects. The most important one is the Altay project, which aims to produce a main battle tank (MBT) locally.

Background of the MBT project

In 2008 Otokar, a privately owned Turkish armored vehicle producer, signed a $500 million contract with the SSB to develop four prototypes for the country’s first indigenous, new-generation MBT. Otokar produced four prototype tanks with the help of German company MTU, which produced the power pack (engine and transmission). The tanks were delivered to the TSK for testing under field conditions.

In January 2016 Otokar formally submitted a bid for serial production of an initial batch of 250 Altay tanks and integrated logistics support for the program. In August 2016 Otokar amended its bid and submitted its best and final offer (BAFO) to the SSB. According to sources, the SSB assessed Otokar’s original offer as “quite high.”

Erdoğan intended to award the tender to BMC instead of Otokar. BMC has a politically controversial history. In 2014 Es Mali Yatırım Danışmanlık, owned by businessman Ethem Sancak, who was a senior member of the Justice and Development Party (AKP) and considered one of Erdoğan’s closest confidants, bought armored vehicle manufacturer BMC for $350 million after BMC’s former owner, Mehmet Emin Karamehmet, went bankrupt. BMC had been seized by Turkey’s Savings Deposit Insurance Fund (TMSF) because the former owner’s Çukurova Holding had unpaid debts of $75 million. Talip Öztürk, a distant relative of Erdoğan, invested $100 million in BMC and became a partner with Sancak. Erdoğan also brokered a deal in which a Qatari fund invested $300 million to acquire a 49.9 percent stake in BMC.

With Erdoğan’s support, BMC was awarded the billion-dollar Altay contract in 2018 in place of Otokar. The contract included the production of an initial batch of 250 units, lifecycle logistical support and the establishment and operation of an armor systems technology center by the contractor. In May 2018 the government granted BMC 1.4 billion Turkish lira (about $250 million) in investment incentives for the Altay program, including tax cuts, reductions in pension contributions, subsidized energy and benefits. The government also assigned BMC a factory for the production and maintenance of military tanks in Arifiye, near Istanbul, free of charge. The company only had to invest $50 million and in return received the right to operate the Arifiye plant for 25 years.

Under the contract BMC was required to deliver the tanks within 18 months. However, the project was delayed because German company MTU did not want to sell it the power pack and did not want to work with BMC, while it did with Otokar, because of Qatar’s partnership with BMC. MTU also became unable to supply the power packs because of a German arms embargo imposed on Turkey. For this reason, the tank engine had to be procured from another country to complete the project.

Turkey and South Korea signed a letter of intent under which two Korean companies would supply engines and transmission mechanisms for the Altay. The agreement was signed Oct. 22, 2021 at a meeting between Turkish Foreign Minister Mevlüt Çavuşoğlu and Kang Eun-ho, the Korean minister in charge of the country’s Defense Acquisition Program Administration. Under the agreement South Korean manufacturers Doosan and S&T Dynamics would provide the know-how for the Altay’s power pack, which would be co-produced in Turkey.

However, according to Defense News, an industry source in the northeast Asian country said the co-production option did not go ahead as planned. “There are serious technical and other problems,” the source told Defense News on condition of anonymity. As a result Ankara has been negotiating the purchase of up to 100 units of the South Korean-made pack that will power the Altay.

According to the Defence Turkey website, SSB president İsmail Demir pointed out on May 11 that Korean power packs have been integrated into the prototype Altay MBT during ongoing tests with promising results.

The Altay MBT project has stalled due to the uncertain supply of all power packs. Even if power packs are procured from South Korea, it is unclear whether they will meet the requirements. Had Erdoğan not interfered in the Altay project to favor Qatar and Ethem Sancak and not ensured that BMC won the tender, the Otokar-MTU partnership would have already completed the project. Corruption in Turkey involving the Erdoğan administration led to a significant delay in the Altay tank project.