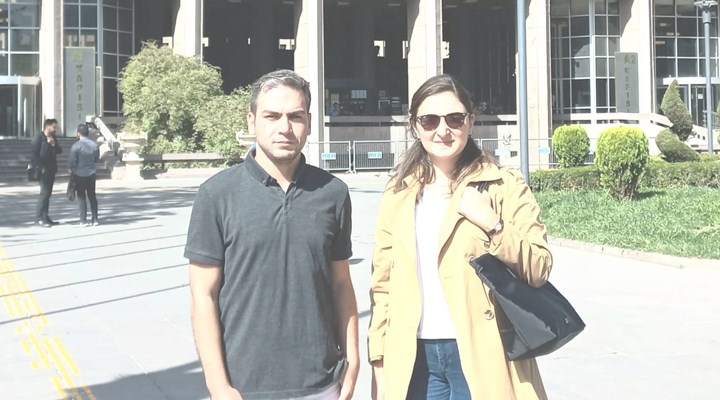 Bildircin’s piece, titled “Spiral of Darkness” and published in Birgün on Jan. 13, gives extensive information on Islamic cults and foundations close to Erdoğan and his government that are active within the state bureaucracy.

According to Turkish media reports, the accusations are based on Bildircin’s statements in the news piece regarding the Turkey Youth Foundation (TÜGVA), one of the foundations listed by the journalist as close to the ruling AKP on whose advisory board Erdoğan’s son Bilal Erdoğan sits.

The reporter was summoned to testify at the Ankara Courthouse about the charges leveled against him. The first hearing of the trial is scheduled for Sept. 20.

Bildircin’s news story came shortly after the death of Enes Kara, a 20-year-old medical student who openly denounced the pressure and anxiety he faced at his Islamic cult-run student apartment before ending his life.

Erdoğan and his AKP government, which has its roots in political Islam, have long been accused by critics of seeking to erode the country’s secular principles.

Opposition politicians blamed the ruling AKP, which is known to have close ties to Islamic cults that have been on the rise in Turkey in recent years, for Kara’s death, with some urging the government to shut down all residences linked to Islamic cults.

Meanwhile, the Media Freedom Rapid Response (MFRR), a Europe-wide mechanism that tracks, monitors and responds to violations of press and media freedom in EU member states and candidate countries, said in its latest edition of the MFRR Monitoring Report that Turkey’s full-scale attack on press freedom continued as “systemic repression of independent media” and escalated in the first six months of 2022.

“Turkey continues to be one of the biggest jailers of journalists in the world,” the report said, adding that 45 journalists were imprisoned at the time of publishing.

According to the report, increasing criminal charges and arbitrary arrests make it difficult to report critically on the ruling AKP, while physical assaults on journalists by police and private individuals created a hostile and dangerous work environment.

The most pervasive threat to journalism continued to be legal persecution, which was related to 59.2 percent of the cases recorded, the report also said.