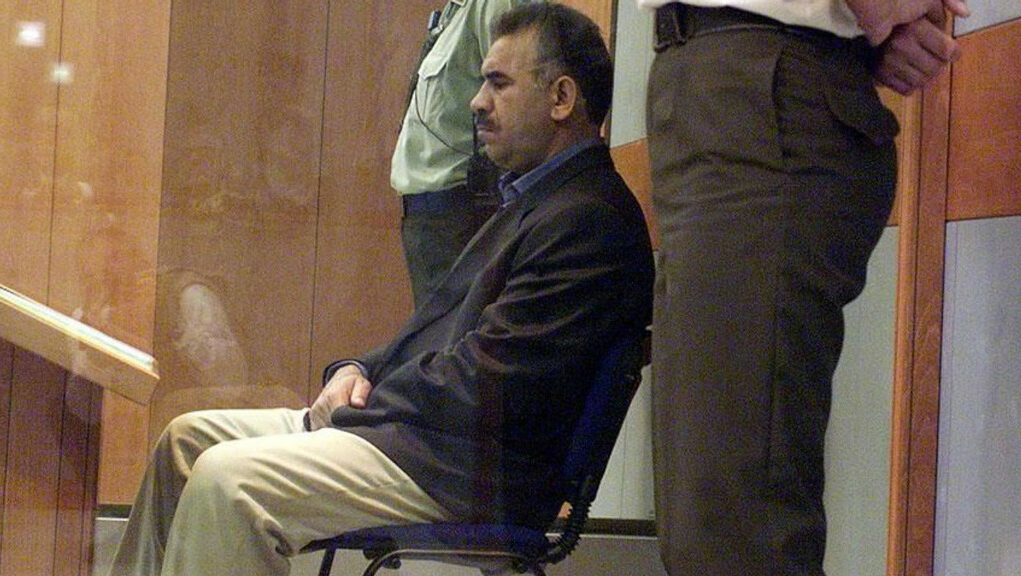 Hürriyet daily columnist Abdülkadir Selvi on Friday wrote that Abdullah Öcalan, the jailed leader of the outlawed Kurdistan Workers’ Party (PKK), would soon be allowed to meet with a family member, after nearly two years with no visits, in order to “end the tension” allegedly created by the PKK and the pro-Kurdish Peoples’ Democratic Party (HDP) about Öcalan’s “isolation.”

The “isolation” of Öcalan, who has been jailed in a high-security prison on İmralı Island in the Sea of Marmara since 1999, refers to his inability to speak with his lawyers for years.

Selvi’s claim, based on rumors, came after police prevented a march to protest Öcalan’s isolation over the weekend, detaining 70 protestors in İstanbul and 19 in northwestern Bursa province, as they sought to gather in the Gemlik district of Bursa, a harbor town from where boats sail to İmralı Island.

Referring to the person who is to meet with Öcalan, Selvi said: “It may be his brother Mehmet Öcalan. [His nephew] Ömer Öcalan, who is still the HDP’s lawmaker for Şanlıurfa, may also go to İmralı.”

“I don’t know whether Öcalan’s meeting [with a family member] will be a one-time thing or will continue to be held regularly,” the journalist said, adding that the important thing, in his opinion, was whether Öcalan would send a message to the outlawed PKK or the HDP via the meeting.

Saying that claims about a possible meeting between Öcalan and a family member could spark discussions on whether the ruling Justice and Development Party (AKP) was to launch a new settlement process, Selvi insisted that this wasn’t the case and that “providing Öcalan with the opportunity to meet someone again meant nothing but an attempt to eliminate tension.”

The settlement process, which refers to talks between the AKP government and the leadership of the PKK to resolve the Kurdish issue, began in 2012 and ended after two police officers were executed in southeastern Şanlıurfa province in June 2015.

Selvi also said that he didn’t think it was right to have had Osman Öcalan, brother of Abdullah Öcalan, appear on public broadcaster TRT seeking support for the ruling AKP ahead of a critical vote in İstanbul in June 2019.

TRT’s Kurdish TV station, TRT Kurdi, broadcast an interview with Osman Öcalan, who commented on a letter from Abdullah Öcalan calling on the HDP, whose supporters would play a crucial role in determining the winner, to remain impartial in a repeat mayoral election in İstanbul.

Despite the PKK leader’s call, the HDP, the country’s second-largest opposition party, in 2019 sat out the mayoral races in big cities as part of its political strategy in Turkey’s west and urged its supporters to cast strategic votes for the Nation Alliance, consisting of several opposition parties including the main opposition Republican People’s Party (CHP).

Partly due to the support of Kurdish voters, the CHP was able to defeat the governing AKP in a number of major cities, including Ankara and İstanbul, during the 2019 local elections.

The PKK leader, who was jailed for treason after Turkey removed the death penalty, has been barred from meeting with his legal representatives since 2011 with one exception, and has had only limited family visits since the collapse of the settlement process in 2015.

On March 25, 2021 he was allowed a phone call with Mehmet Öcalan, following rumors that he had died in prison. The PKK leader had previously spoken with his brother on April 27, 2020, according to his representatives at the Asrın Law Office. The lawyers said they last spoke with their client on Aug. 7, 2019.