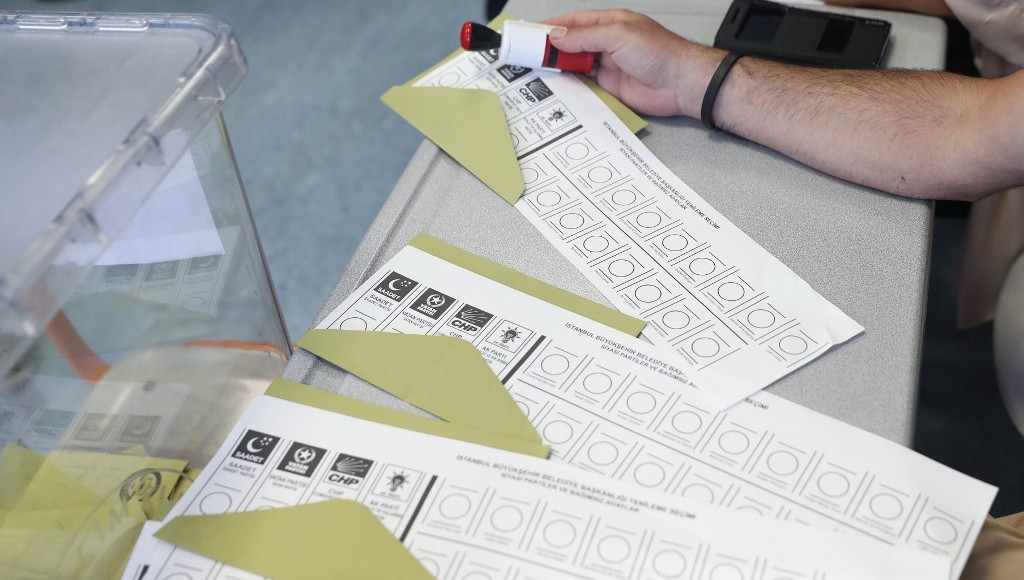 Political observer, pollster and owner of the MetroPoll company Professor Özer Sencar has hinted that the ruling Justice and Development Party (AKP) engaged in fraud during the 2019 local elections in the Turkish capital of Ankara, local media reported on Thursday.

Turkey’s main opposition Republican People’s Party (CHP) ousted the ruling Justice and Development Party (AKP) from Ankara government for the first time in 25 years by winning the March 31 local elections in 2019. CHP candidate Mansur Yavaş garnered 50.9 percent of the vote and became mayor, while Mehmet Özhaseki, the AKP candidate, came in with only 47.1 percent of the vote.

Speaking in an interview with Alin Ozinian on Artı Gerçek TV’s YouTube channel, Sencar said, citing the results of a MetroPoll survey conducted a week before the 2019 elections, that votes for the then-CHP candidate and current Ankara mayor Yavaş suspiciously dropped by more than 20 percent in a week.

“In the poll conducted a week before the elections, when we distributed the undecided votes [among the candidates], we found Mansur Yavaş’s votes at 63 percent and Mehmet Özhaseki’s votes at 36 percent. So Yavaş was almost 25 points ahead,” Sencar said.

The pollster said the election results showed Yavaş receiving nearly 51 percent and Özhaseki garnering a little over 47 percent of the vote, with 20 percent of Yavaş’s votes going missing in a week’s time.

Sencar also talked about another suspicious incident taking place on the day of the 2019 local elections, saying that only 55 percent of all the records issued by the election boards in the capital were sent to the central board.

A record is issued for every ballot box and contains information regarding the voting at that ballot box, including the number of votes.

Turkey’s ruling AKP, which has been in power since 2002, has been accused of rigging the elections since a narrowly backed referendum in 2017 on constitutional amendments that would allow the country to switch from a parliamentary system to an executive presidency.

Dismissing ministers and parliament, issuing decrees, declaring states of emergency and appointing figures to key positions, including the judiciary, are some of the powers the new system gave President Recep Tayyip Erdoğan. It also allowed the president to retain membership in a political party, which was previously prohibited under the constitution as the president was expected to act with impartiality.

Opposition Democracy and Progress Party (DEVA) leader and former Turkish deputy prime minister Ali Babacan previously hinted that the AKP engaged in fraud in past elections, saying during a program on FOX TV that he had witnessed election fraud in Turkey in the past.

“It’s necessary to win the election by a wide margin so that no one can cheat. Ballot boxes must be protected. The ballots of non-voters were stamped and used for [the benefit of] a single party. We have seen this before,” he claimed, hinting at the ruling AKP.