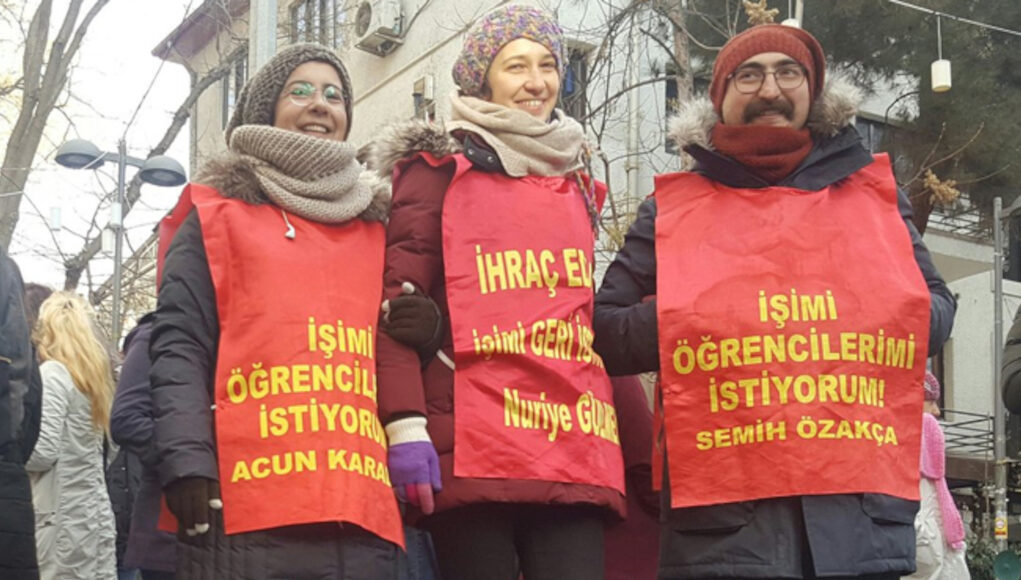 An NGO founded by Turkish lawyers, businesspeople and former bureaucrats in Cologne who are political asylum seekers in Europe has launched a signature campaign for the reinstatement of some 130,000 former civil servants who were removed from their jobs following a coup attempt in Turkey on July 15, 2016, the TR724 news website reported.

Following the failed coup in 2016, the ruling Justice and Development Party (AKP) declared a state of emergency and carried out a massive purge of state institutions, summarily dismissing by means of emergency decree-laws more than 130,000 civil servants including academics, teachers, diplomats and police officers for alleged membership in or relationships with “terrorist organizations.”

Human Rights Defenders (HRD) Executive Director Oğuzhan Albayrak, who launched the campaign on change.org., said, referring to a decision by the International Labour Organization (ILO) on March 21, that the government should stop the injustice suffered by tens of thousands of former civil servants.

The decision urges the Turkish government to make “a full, independent and impartial review” with regard to all those civil servants who suffered from reprisals and retaliatory acts due to alleged membership to the faith-based Gülen movement, inspired by Turkish Muslim cleric Fethullah Gülen.

“In the event that it is found that there is insufficient evidence to justify their dismissal, the workers concerned should be reinstated or where this is found not to be possible due to the time that has elapsed, should be provided appropriate compensation and remedy for the reprisals suffered, the retraction of any instructions given to blacklist them and the return of any passports confiscated,” the ILO said.

Underlining that it was “clear” that the AKP wouldn’t implement the decision if left to its own devices, Albayrak said the signatures collected and a letter urging the ILO to put pressure on the Turkish government regarding the situation of the country’s purge victims would be presented to the ILO authorities on March 24, 2022.

The campaign has so far collected over 1,200 signatures.

A joint report by the Justice for Victims Platform and Ömer Faruk Gergerlioğlu, a human rights advocate and Peoples’ Democratic Party (HDP) MP, revealed that the two-year-long state of emergency declared after the failed putsch caused immense suffering among public servants who were dismissed from their jobs by the government as well as their families.

The victims’ family members said that the biggest problem they had been facing was economic hardship (97.9 percent) followed by psychological problems (88.6 percent), loss of social prestige and social exclusion (83.7 percent), the disintegration of social circles (83.1 percent), unemployment/lack of employment (80.4 percent) and lack of social security (73.2 percent).

According to the most recent report published on the issue by Veli Ağbaba from the main opposition Republican People’s Party (CHP), at least 46 former public servants have died by suicide in Turkey, with the figure increasing to as many as 100 cases of suicide among dismissed civil servants in other sources.