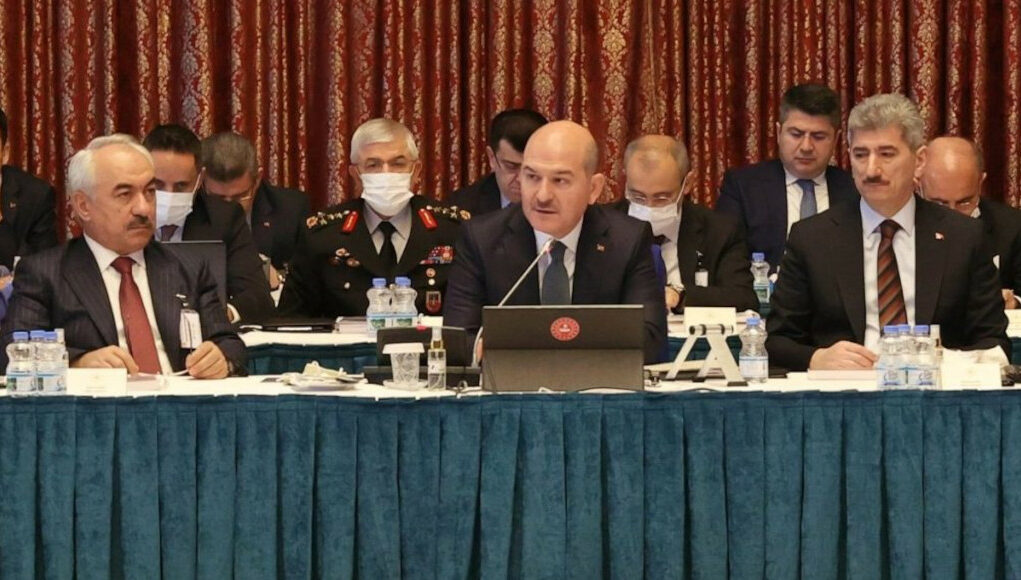 A total of 319,587 people were detained and 99,962 arrested in operations against supporters of the Gülen movement since a coup attempt on July 15, 2016, Turkey’s Interior Minister Süleyman Soylu said on Monday, the Stockholm Center for Freedom reported.

Speaking to parliament’s Planning and Budget Committee, Soylu said 22,340 people with alleged links to the movement are currently in prison, including both those who are serving sentences and those in pre-trial detention. A further 25,026 individuals are currently wanted on terrorism charges due to Gülen movement links, he added.

According to Soylu, a total of 42,044 public servants were dismissed from the Interior Ministry due to alleged links to the Gülen movement. Investigations are continuing into an additional 2,855 officials who have been suspended until they are cleared of the allegations. The figures include police, gendarmes and members of the coast guard as well as other bureaucrats serving at the ministry including governors and district governors.

Following the coup attempt the Turkish government accepted such activities as having an account at the now-closed Bank Asya, one of Turkey’s largest commercial banks at the time; using the encrypted messaging app ByLock, which was available on Apple’s App Store and Google Play; receiving calls from payphones; and subscribing to the Zaman daily or other publications affiliated with members of the movement as benchmarks for identifying and arresting alleged followers of the Gülen movement on charges of membership in a terrorist organization.

According to the statistics shared by Soylu, a total of 99,328 people face terrorism charges for using ByLock. Critics say the use of a tech app is not a criminal activity nor is it evidence of membership in a terrorist organization.

The European Court of Human Rights (ECtHR) ruled in June in the case of a former police officer that use of the ByLock application is not an offense in itself and does not constitute sufficient evidence for arrest. The Strasbourg court’s ruling has come as a source of hope for thousands of people who were arrested or sentenced on terrorism charges based mainly on a National Intelligence Organization (MİT) report that detailed users of ByLock.

The UN Human Rights Council’s Working Group on Arbitrary Detention also stated in October 2018 that detention, arrest and conviction based on ByLock use in Turkey violated of Articles 19, 21 and 22 of the International Covenant on Civil and Political Rights.

According to Soylu, the total number of people that were targeted in the so-called “payphone investigations” is 25,275. Over 23,000 of these individuals were detained and 2,472 are at large.

Payphone investigations are based on call records. The prosecutors assume that a member of the Gülen movement used the same payphone to call all his contacts consecutively. Based on that assumption, when an alleged member of the movement is found in call records, it is assumed that other numbers called right before or after that call also belong to people with Gülen links. Receiving calls from a payphone periodically is also considered a red flag.

The authorities do not have the actual content of the phone calls in question and they do not know if there actually was a phone conversation or if the call was unanswered. According to human rights lawyers, under normal circumstances such call records cannot be considered legal evidence.