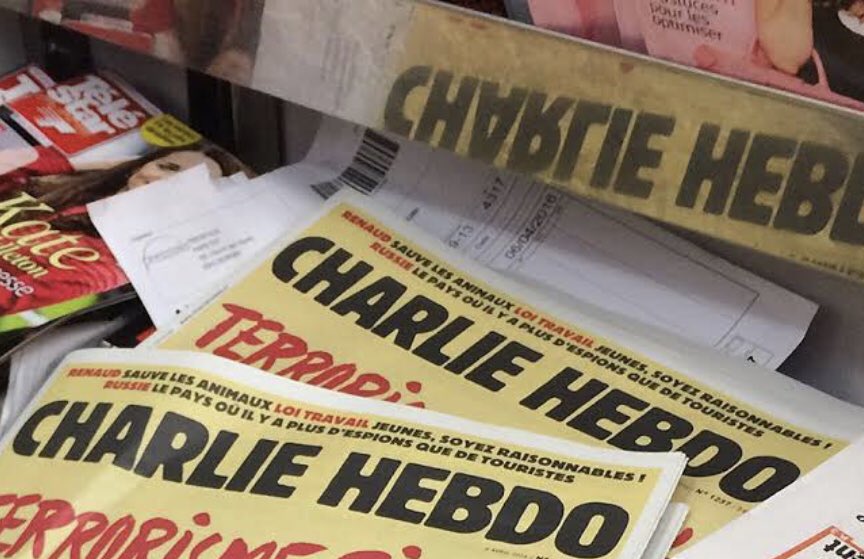 An Ankara court on Thursday held the first hearing in absentia of three executives and one cartoonist from French satirical magazine Charlie Hebdo on charges of insulting President Recep Tayyip Erdoğan on one of the magazine’s covers last year, Deutsche Welle Turkish service reported.

Ankara Chief Public Prosecutor Ahmet Akça, who drafted the indictment, accused cartoonist Alice Petit and three managers of the famous satirical weekly — Gérard Biard, Julien Sérignac and Laurent Sourisseau — of insulting Erdoğan in a cartoon that depicts the Turkish president sitting in his underwear, drinking a beer and lifting the skirt of a woman wearing Islamic dress.

In the indictment the prosecutor described the cartoon, which was on the cover page of the Charlie Hebdo issue published on Oct. 28, 2020, as “vulgar, obscene and dishonorable,” arguing that it “doesn’t in any way fall within the scope of freedom of expression or the press.”

There were no representatives from the Charlie Hebdo magazine at Thursday’s hearing at the Ankara 2nd Criminal Court of First Instance, while Erdoğan was represented by one of his lawyers, Sami Kabadayı.

The court adjourned the trial until June 1, 2022

Insulting the president is subject to criminal charges under controversial Article 299 of the Turkish Penal Code (TCK), and thousands of people in the country are under investigation, with most of them being under the threat of imprisonment, over alleged insults of Erdoğan. Whoever insults the president can face up to four years in prison, a sentence that can be increased if the crime was committed through the mass media.

In the meantime, Reporters Without Borders (RSF) released a statement concerning the trial of the Charlie Hebdo journalists in Turkey and called on Turkish authorities to abolish Article 299 of the TCK. The RSF said the article has been used since 2014, the year Erdoğan was first elected president, for the trial of at least 64 journalists on charges of insulting the president.

Amid heightened diplomatic tensions between Ankara and Paris last October, the cartoon had aroused the anger of Erdoğan, who said he had not looked at it and had nothing to say about the “dishonorable” publication.

Relations between France and Turkey have been battered by disputes over conflicts in Libya, Syria and Nagorno-Karabakh as well as Turkish accusations of Islamophobia in France.