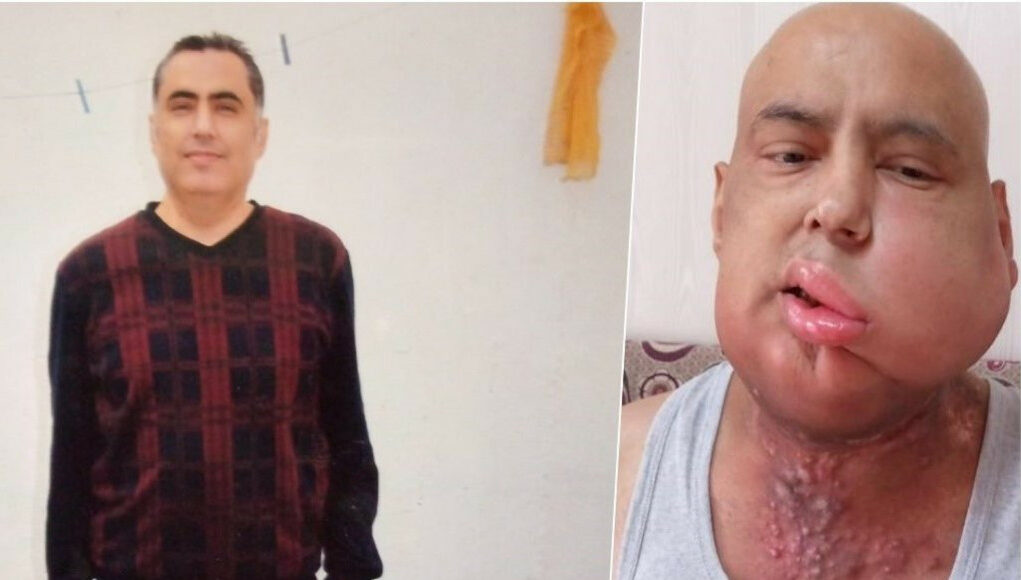 İhsan Yıldız, 42, a former teacher imprisoned over his alleged links to the Gülen movement, died on October 29 of cancer after he was released well after the cancer had advanced, the Stockholm Center for Freedom reported, citing Bold Medya.

According to his family, Yıldız was released four months after he was diagnosed with stage four tongue cancer. The cancer had metastasized to Yıldız’s vocal cords, and the doctor told him his tongue had to be removed, that he would be fitted with an artificial tongue and that he would lose his ability to taste and speak.

Yıldız was arrested on February 21, 2019. He was sentenced to eight years, nine months in prison on terrorism charges for working at a school affiliated with the Gülen movement and for having the ByLock messaging app in his phone.

ByLock is an encrypted messaging app used on smartphones and was available on Apple’s App Store and Google Play. Turkish authorities claim that ByLock was a communication tool exclusively used by members of the Gülen movement, a faith-based group inspired by Turkish cleric Fethullah Gülen, to ensure the privacy of their conversations.

Dismissing the investigations as a Gülenist coup and conspiracy against his government, Erdoğan designated the movement as a terrorist organization and began to target its members. Erdoğan intensified the crackdown on the movement following a coup attempt on July 15, 2016 that he accused Gülen of masterminding. Gülen and the movement strongly deny involvement in the abortive putsch or any terrorist activity.

Yıldız had undergone a thyroid operation to remove two tumors before his arrest. The doctors had told him they were benign but that he needed to be closely monitored. Yıldız was told to have a checkup every three months; however, he was unable to follow up on the doctor’s orders in prison.

Yıldız suffered from a sore throat in prison but was only given antibiotics. He developed sores on his tongue, but those, too, were left untreated. During the COVID-19 pandemic his hospital visits were either delayed or canceled completely.

Finally, when the sores on his tongue did not heal Yıldız had a CT scan. He was not given the results for five months, and a second visit to the hospital on July 30, 2020 revealed he had advanced cancer.

Yıldız’s family appealed for his immediate release, but he was released four months later on November 20. In the meantime, Yıldız was taken to the hospital for chemotherapy in handcuffs and made to stay in unsanitary quarantine cells upon his return.

“When he finally came home, he had lost a lot of weight,” said a family member. “He was not responding to chemotherapy, and the cancer continued to metastasize.”

Yıldız is survived by his wife and three children.

Opposition deputies and activists have repeatedly drawn attention to the plight of critically sick prisoners. Ömer Faruk Gergerlioğlu, a human rights defender and deputy from the Peoples’ Democratic Party (HDP), earlier said ill prisoners were not released until they were at the point of no return. He claimed that prisoners did not have access to proper healthcare facilities such as hospitals or infirmaries.

According to the most recent statistics published by Turkey’s Human Rights Association (İHD), the number of sick prisoners is in the thousands, more than 600 of whom are critically ill. Although most of the seriously ill patients have forensic and medical reports deeming them unfit to remain in prison, they are not released. Authorities refuse to free them on the grounds that they pose a potential danger to society.

A number of critically ill prisoners passed away in 2020 because they were not released in time to receive proper medical treatment.