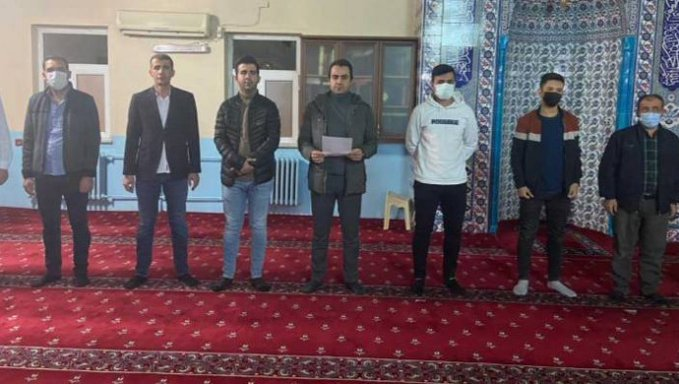 Members of the Turkey Youth Foundation (TÜGVA), on whose advisory board President Recep Tayyip Erdoğan’s son Bilal Erdoğan sits, made a statement after morning prayers in all 81 Turkish provinces on Sunday regarding a leak that showed TÜGVA members as a result of nepotism were appointed to state institutions, drawing criticism on social media.

Last week journalist Metin Cihan disclosed a document that included information on executives and members of TÜGVA who were appointed to posts in the Turkish military, police force and judiciary.

TÜGVA members all over Turkey gathered in Turkey’s mosques after morning prayers on Sunday and made a statement that denied the allegations, claiming that the document was fake.

Saying that they were being targeted by a social media lynch mob, TÜGVA members stated that their only purpose was to cultivate a young generation with religious training and traditional values.

TÜGVA members’ use of mosques to make their statement sparked anger on social media as many Turks deemed the act as an exploitation of religion for the group’s political ends.

“In a tight spot, TÜGVA is making a statement from inside a mosque. Exploiters of religion,” a user tweeted.

On Friday a court in the southern province of Osmaniye issued an access ban to a news story about the TÜGVA leak, the Freedom of Expression Association’s (İFÖD) EngelliWeb initiative reported.

Erdoğan’s Justice and Development Party (AKP) government has long been attracting criticism for engaging in nepotism and filling state posts with its cronies.

Critics say the level of AKP nepotism reached new heights following a failed coup in July 2016 after which the government removed more than 150,000 civil servants from their jobs under the pretext of an anti-coup fight.