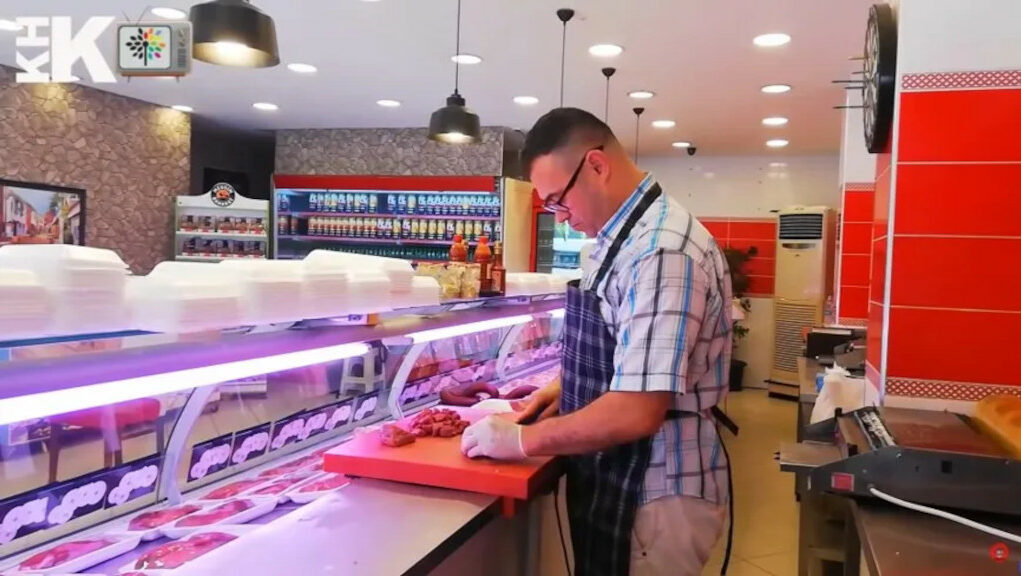 The story of Cafer Altıkardeş, a former geography teacher fired from his job by an emergency decree who lost half his index finger while working to survive as a butcher, reveals the extent of Turkey’s post-coup purge, the Stockholm Center for Freedom reported.

Speaking to KHK TV, a YouTube channel established by purge victims, Altıkardeş said he lost half his index finger while using a bone saw and still can’t use it despite surgery.

Following a coup attempt on July 15, 2016, the Turkish government declared a state of emergency and carried out a massive purge of state institutions, summarily dismissing by means of emergency decree-laws more than 150,000 public servants including academics, teachers, military personnel, diplomats and police officers, for alleged membership in or relationships with “terrorist organizations.”

Altıkardeş said he wanted to get passports for his two children, aged 9 and 11, but that their request was turned down. When he asked the police officer why, he was told it was because their parents were suspected terrorists.

He says he felt like he had plague due to the discrimination he faced.

At the end of 2017 the Altıkardeş family had another child. Wondering if his daughter would be issued a passport, he applied to the police department. He was shocked to learn that his baby, who was born long after the coup attempt, was denied a passport as well.

Many purge victims have had to work in uninsured jobs with very little workplace safety. There have also been cases where former public servants have died due to occupational accidents in physically demanding jobs.

The Justice for Victims Platform and Peoples’ Democratic Party (HDP) deputy Ömer Faruk Gergerlioğlu released a joint report in July 2020 which said that the two-year-long state of emergency declared after the coup in Turkey caused immense suffering among public servants who were dismissed from their jobs by the government as well as their families.

“The decree-law victims not only were removed from their jobs but also barred from seeking employment in the private sector and denied access to social security benefits,” said Gergerlioğlu.

The dismissed public servants lost 70 percent of their average monthly income, a circumstance that reduced them to dire financial straits, according to a survey conducted for the joint report.

The survey indicates that 99.1 percent of the victims are college or university graduates or holders of master’s or doctoral degrees, which means an immense loss of human resources for Turkey’s public administration.

According to the victims’ family members taking part in the survey, the biggest problem they have been facing is economic hardship (97.9 percent) followed by psychological problems (88.6 percent), loss of social prestige and social exclusion (83.7 percent), disintegration of social circles (83.1 percent), unemployment/lack of employment (80.4 percent) and lack of social security (73.2 percent).