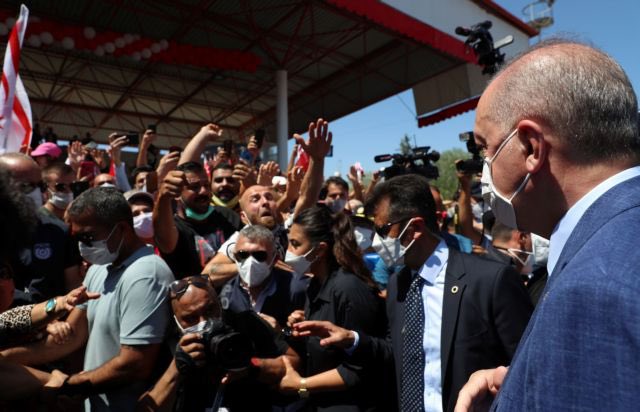 A series of insensitive blunders marked Turkish President Recep Tayyip Erdoğan’s trip to areas affected by a week of blazes that have killed eight people.

People residing in Turkey’s western and southern provinces, where more than 100 forest fires forced residents to flee their homes, were already furious at what they saw as poor handling of the fires by Erdoğan’s Justice and Development Party (AKP) government.

Erdoğan tossed packages of tea in reusable bags to a crowd he addressed in the southwestern city of Marmaris, drawing the ire of many as the act was seen as a comical handout to the disaster-stricken people who have lost their homes and livelihoods. He was also seen throwing bags from inside his bus as it drove along with his entourage.

Erdoğan throwing packages of tea to the people is not a new image for Turks. He has been doing this for the last couple of years, drawing ridicule and criticism. He also threw packages of tea in the flood-stricken city of Rize just a week earlier.

Erdogan's convoy in Marmaris, the fire zone, was viewed like this by a citizen.https://t.co/yBUxT8oSvm

While firefighters and volunteers were trying to fight the raging blazes, again in Marmaris, images of long lines of cars were shared on social media as roads were blocked to make way for Erdoğan’s motorcade, which has often been in the spotlight for its sheer size, preventing firefighting vehicles from moving.

In a village in the southern province of Antalya, Erdoğan told villagers that the government would partially cover the losses of the locals, advising them to take out bank loans to cover the rest of the damage.

“People can’t afford this. Most here are low-income families. They are injured, have lost their houses, tractors to the fire,” the headman of the village was quoted by the Birgün daily as saying.

Erdogan traveled to the devastated areas with an enormous security detail, stopping all traffic—including fire fighting vehicles—so he could toss packets of tea to the crowd. pic.twitter.com/x7prQz7ZaQ

Wildfires have been devastating Turkey’s Aegean and Mediterranean coasts since Wednesday.

The blazes have destroyed huge swathes of pristine forest and forced the evacuation of residents from their villages and tourists from their hotels.

The fires have brought Erdoğan and the ruling AKP under a new barrage of criticism over the seemingly sluggish and out-of-touch response to the blazes.

Most Syrians see no future in Turkey: report