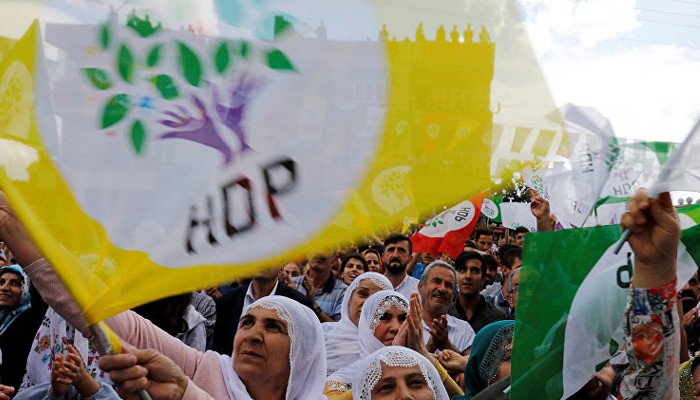 HDP politicians are frequently subjected to legal harassment and face terrorism charges in Turkey as the government and President Recep Tayyip Erdoğan see the party as the political front of the outlawed Kurdistan Workers’ Party (PKK), listed as a terrorist organization by Turkey, the EU and the US.

The chief public prosecutor of the Supreme Court of Appeals on Monday refiled an indictment with the Constitutional Court seeking to close down the HDP.

The court in March returned the first version of the indictment to the chief public prosecutor’s office at the top appeals court for review on the grounds that there were deficiencies in the indictment.

The indictment seeks the imposition of a political ban on 451 party members as well as freezing the party’s bank accounts.

Hundreds of politicians from the party including its former co-chairs have been been behind bars on politically motivated charges for several years.

Turkey’s attempt to dissolve the HDP has drawn widespread condemnation from Western allies and protests from human rights groups.