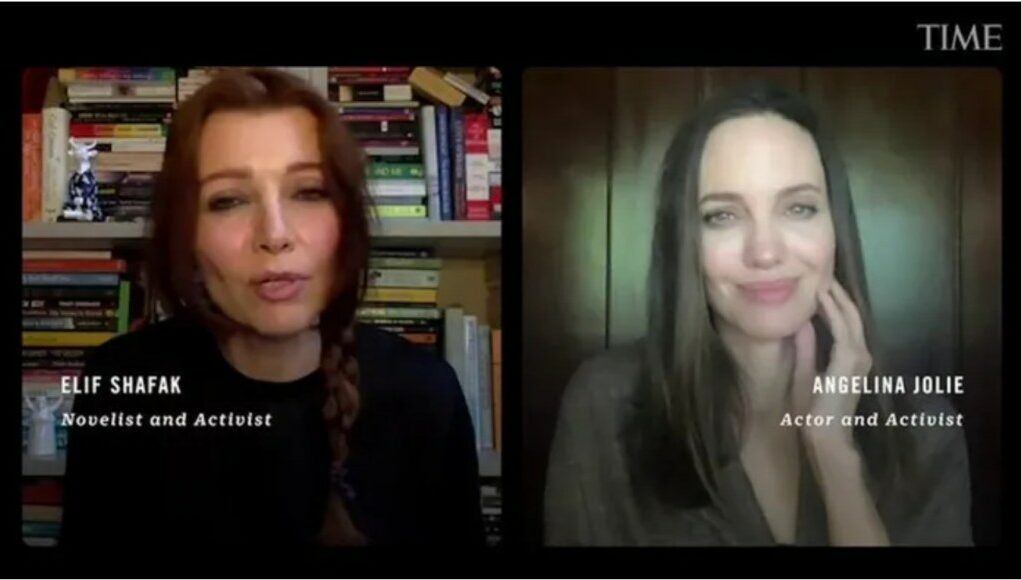 Withdrawing from the Istanbul Convention will have a disastrous effect on women, children and the LGBTQ+ community, said novelist Elif Şafak in a recent webinar with actress and UN goodwill ambassador Angelina Jolie, the Stockholm Center for Freedom reported.

In an interview with Jolie for TIME magazine, Şafak said it broke her heart that Turkey had withdrawn from the Council of Europe’s (CoE) binding treaty to prevent and combat violence against women. “The convention was the most progressive international treaty that protected people vulnerable to violence. It is terrible that Turkey withdrew from the convention in a period when femicide was on the rise,” she said.

Şafak said at a time when women needed protection the most, the Turkish government was doing the exact opposite.

Jolie asked what this meant for women who were subjected to violence, to which Şafak replied: “It really shows that the lives of women do not mean much for the authorities. To the perpetrators, it sends the message that they will not face repercussions for their actions.”

Jolie emphasized some conservative government officials’ claim that the convention undermined Turkish family values. Şafak added that “violence is not a private matter” and that no woman deserved to live in a household where they were in danger of abuse.

Pointing out that there could not be talk of a happy family where violence and threat were present, Şafak said in some extreme cases women were even made to marry their rapists to protect the perpetrators from prosecution. “No one can be happy in a house where there is abuse, where there is violence,” she said.

“They want to build their own lives, build a better future for their children. But this shift in power comes with a dangerous backlash,” she said.

The Convention on Preventing and Combating Violence Against Women and Domestic Violence, widely known as the Istanbul Convention, was signed by 45 countries and the European Union in 2011 and requires governments to adopt legislation prosecuting perpetrators of domestic violence and similar abuse as well as marital rape and female genital mutilation.

Turkey was the first member state to ratify the CoE convention, which was opened for signature in Istanbul during Turkey’s chairmanship of the organization 10 years ago.

In a move that attracted widespread criticism from several countries, international organizations and rights groups, Turkey withdrew from the Istanbul Convention, through a presidential decree issued by President Recep Tayyip Erdoğan on March 20.