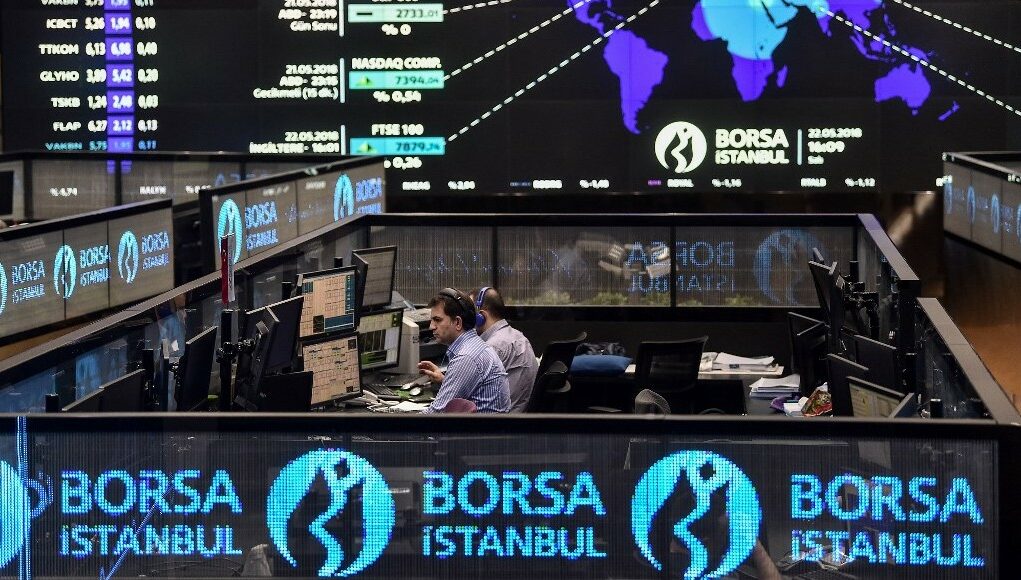 The lira lost as much as 15 percent against the dollar on the first day of trading after Erdoğan replaced market-friendly economist Naci Ağbal with former ruling party member Şahap Kavcıoğlu at the key post.

The currency clawed back some of its losses and was down roughly eight percent at 7.85 to the dollar after analysts said the Turkish central bank intervened to support the lira by selling foreign currencies.

The carnage on Turkish financial markets carried over to the İstanbul stock exchange.

The Borsa İstanbul suspended trading for 35 minutes after automatic circuit breakers kicked in when an early sell-off approached seven percent.

“There will be absolutely no move away from the free market mechanism,” Elvan said in a statement.

“We will continue with determination to implement the liberal exchange system.”

Elvan also reiterated Turkey’s commitment to fighting inflation which has been gathering pace for months.

Consumer prices were up by 15.61 percent on an annualized basis in February.

The lira was changing hands at around 7.22 to the dollar before Ağbal was sacked last week after less than five months on the post.

He was appointed after Erdoğan dismissed his predecessor and the president’s son-in-law Berat Albayrak resigned as finance minister in November.

The change to the finance team offered hope to the markets that Turkey would tread a more orthodox path, hiking interest rates to combat inflation.

Erdoğan’s decree did not provide a reason for Ağbal’s dismissal, but the move came two days after the central bank raised its benchmark interest rate by a larger-than-expected 200 basis points to 19 percent.

While the hike was welcomed by the markets, pro-government newspapers and a columnist close to Albayrak targeted Ağbal on Friday.

Erdoğan often rails against high interest rates, subscribing to the unconventional belief that they cause inflation instead of control it.

He once even dubbed them the “mother and father of all evil.”

The new bank governor Kavcıoğlu is a former ruling party lawmaker and columnist for the pro-government Yeni Şafak newspaper.

Kavcıoğlu is the bank’s fourth governor in two years after similar dismissals.

In a statement on Sunday, he sought to reassure the markets over the bank’s commitment to fighting inflation.

The bank “will continue to use monetary policy tools effectively in line with its main objective of achieving a permanent fall in inflation,” Kavcıoğlu said.