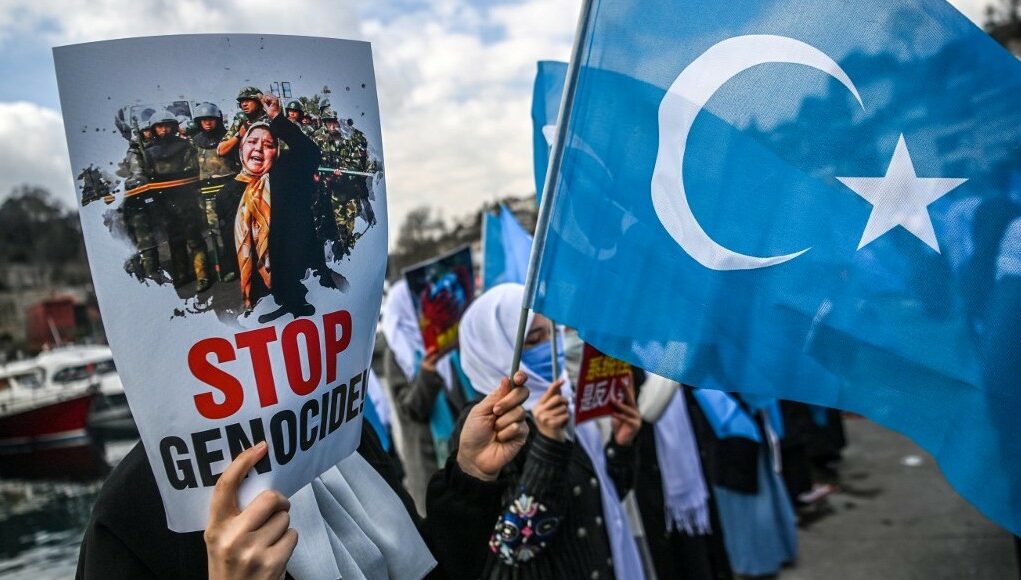 The protesters chanted “stop the genocide” and “close the camps” as they marched within a few hundred meter’s of China’s walled-off consulate in İstanbul.

“Rape is a crime against humanity,” said one poster, in reference to a BBC report alleging systemic rape and forced sterilization of women at the camps — which China says are vocational training centers designed to counter extremism.

Rights groups believe at least 1 million Uighurs and other mostly Muslim minorities have been incarcerated in camps spread out across the vast northwestern region.

Most of the demonstrators held up sky blue flags of Uighur separatists’ self-proclaimed state of East Turkestan.

Uighurs speak a Turkic language and have cultural ties with Turkey that make it a favored destination for avoiding persecution in Xinjiang.

But many in the 50,0000-strong community fear that Ankara’s dependence on Chinese investments and coronavirus vaccines could jeopardize their future status in Turkey.

Dozens of Uighurs have been protesting outside the Chinese consulate in Istanbul for weeks, urging Turkey not to ratify an extradition agreement with China.

The Chinese parliament ratified the 2017 treaty in December.

Turkish Foreign Minister Mevlüt Çavuşoğlu has said that China’s ratification of the pact did not mean “Turkey will release Uighurs to China.”