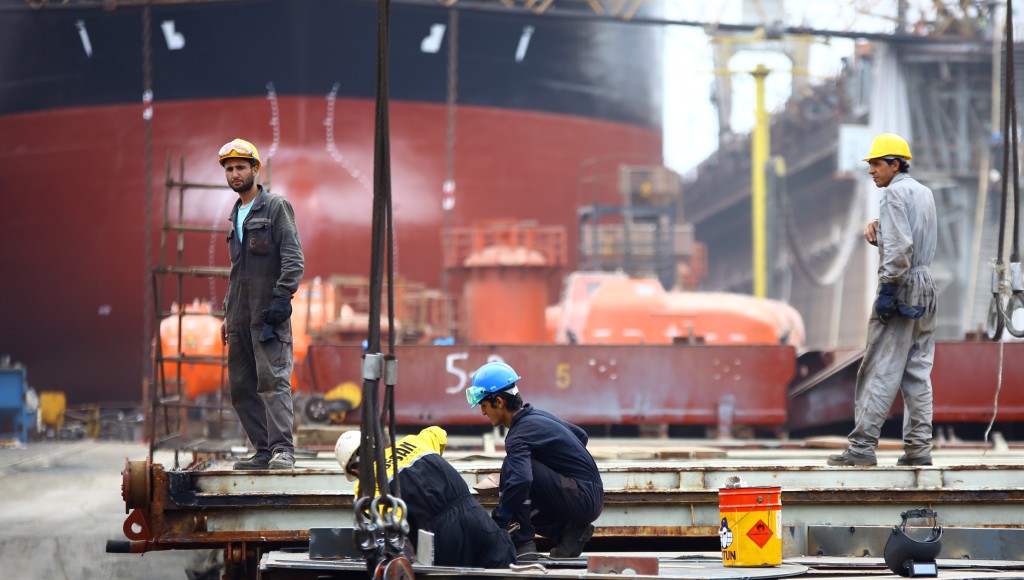 Turkey has recorded at least 226 work-related deaths among longshoremen since Law no 6331 on Occupational Health and Safety was adopted in 2013, the Anka news agency reported on Wednesday, citing a report by Turkey’s Health and Safety Labor Watch (İSİG).

The report was shared with the public by representatives from Limter-iş, a member of the Confederation of Progressive Trade Unions of Turkey (DİSK) that represents longshoremen, after they gathered in İstanbul’s Tuzla district to protest poor working conditions on Wednesday.

According to the report, Turkey’s dock workers demand that the ruling Justice and Development Party (AKP) bring those responsible for the deaths and injuries of hundreds of workers to justice.

Speaking during the protest, Kanber Saygılı, the head of Limter-iş, complained of an unsafe work environment and long work hours.

“We don’t work to make living, we work for the sake of working. … We can’t make ends meet,” he said.

Saygılı added that a total of 27,000 workers have died in Turkey since the ruling AKP came to power in 2002 and that 2,427 of them died in 2020 due to work conditions that have worsened during the COVID-19 pandemic.

For decades, Turkey has been suffering from low work safety standards, with workplace accidents being nearly a daily occurrence in the country.