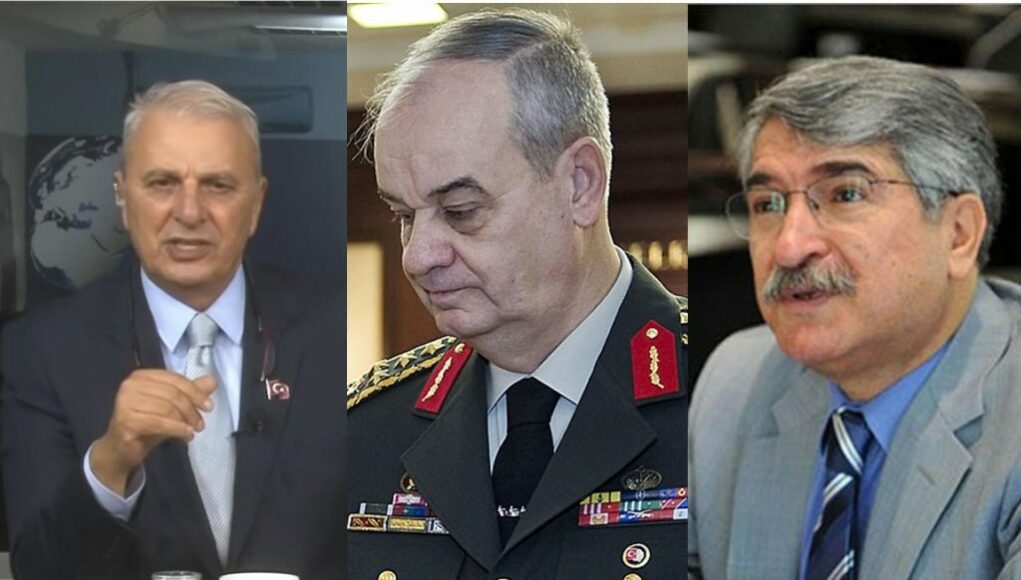 Members of Turkey’s ruling Justice and Development Party (AKP) will file criminal complaints in all 81 provinces of the country against a journalist, a former minister and a former chief of general staff over their recent remarks, the Birgün news website reported on Wednesday.

AKP members will lodge complaints against veteran journalist Can Ataklı for his recent remarks that the AKP government would not step down even after losing an election; former Chief of General Staff İlker Başbuğ, who likened the AKP’s actions to that of the administration in the 1950s that was toppled by a coup in 1960; and Fikri Sağlar, a former culture minister and former deputy from the main opposition Republican People’s Party (CHP) over his recent statement on judges wearing “turbans.”

According to the Birgün report, AKP district organizations in all 979 districts of the country will file separate criminal complaints in the 81 provinces.

In an interview published by the Cumhuriyet daily on Monday, Başbuğ said the country would not have experienced a military coup in 1960 if then-Prime Minister Adnan Menderes, who was executed after the putsch, had called for early elections days before the coup d’etat.

After a backlash from pro-government circles who accused him of implying the possibility of a military coup, Başbuğ’s lawyer rejected the accusations, saying his client’s remarks were taken out of context.

In a video posted on his YouTube channel on Saturday, Ataklı said it would take a natural disaster or a military defeat for AKP Chairman President Recep Tayyip Erdoğan to step down and that he would not hand over power in the event of an election loss.

After the remarks by Ataklı and Başbuğ, pro-AKP Twitter handles raced to condemn the two. The statements stirred rumors of a military coup, which prompted the Ministry of Defense to publish a statement at midnight on Wednesday, which asserted that the Turkish Armed Forces is at the “service of the nation” and would continue to fight those who seek to employ “anti-democratic” methods.

Turkey has a history of military interventions, with four putsches and one failed coup in the last 60 years of the almost century-old republic.

Former Minister Sağlar will face the AKP’s countrywide complaints over televised remarks on Dec. 30 that he doubted he would be given a fair trial if he appeared before a judge who wears a “turban.”

The Ankara Chief Public Prosecutor’s Office announced on Monday that an investigation had been launched into Fikri Sağlar on charges of “provoking hatred and enmity among the public” and “insulting the public.”

Since the establishment of the Republic of Turkey in 1923, a strict version of secularism had been in place, and wearing headscarves in public institutions was banned in the 1980s.

The AKP government abolished a ban on the wearing of headscarves at Turkish universities in 2010, while the same ban was abolished for civil servants in 2017.