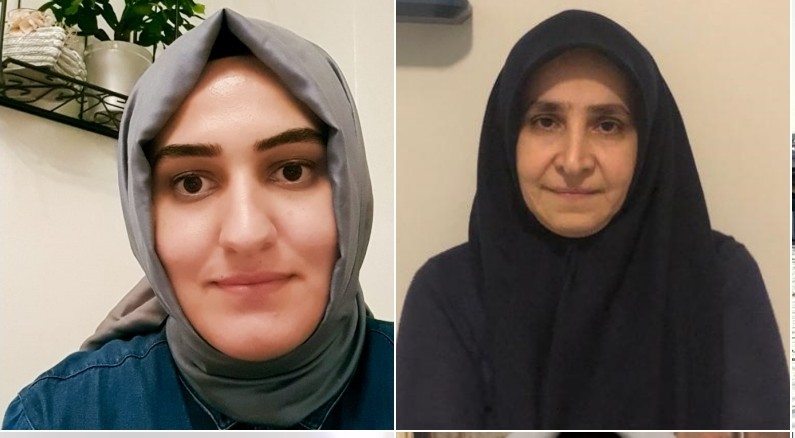 A number of women subjected to unlawful strip-searches in Turkey’s prisons have come forward to talk about their experiences in videos shared on social media, following a denial of the practice by ruling Justice and Development Party (AKP) deputy group chairperson Özlem Zengin, Bold Medya reported on Saturday.

Among those women are journalists, lawyers, teachers, doctors and housewives, mainly comprising women who have been detained or arrested on charges of terrorism due to their alleged affiliation with the faith-based Gülen movement.

One of the first women to speak out on the abuse she was subjected to following the launch of a social media campaign protesting the extensive use of strip-searches in Turkish penal institutions was journalist Nur Ener Kılınç, who was arrested on March 6, 2017.

The journalist said she was strip-searched by four guards, who just continued gossiping and laughing as if what was happening was normal. “When I asked them if they would all be present during the search, they just laughed at me,” she added.

Another woman who talked about her experience on social media was former teacher Birgül Koçal, who was dismissed from her job due to Gülen movement links and was arrested in 2016.

“I cannot remember any other time when I felt more humiliated as a woman and a mother. I’m ashamed to even talk about this. But it’s not me who should feel ashamed, it’s those who [unlawfully] carry out this practice,” she stated.

“Strip-search exists, and I’m one of its witnesses. I was strip-searched by two guards in the middle of the night at the Bakırköy Women’s Closed Prison behind a perforated barrier. The gendarmes in the room felt ashamed and turned their backs. They made me undress and squat,” said Hacer Koç, a 44-year-old housewife who was arrested in 2018.

Reminding that Zengin had accused Pro-Kurdish Peoples’ Democratic Party (HDP) deputy Ömer Faruk Gergerlioğlu, also a prominent human rights activist, of terrorizing the legislature by bringing the issue to the floor of parliament, Koç added: “The real terrorism is what you allow us to be subjected to. Though you may not believe it, Mrs. Zengin, these incidents are real. This has been going on all around the country, and I think that it’s happening on your orders.”

Betül Alpay Kocabıyık, a 26-year-old lawyer who was arrested in 2017 and sent to Muğla E Type Prison, said six or seven guards — only two of them female — told her to undress and then squat three times upon arriving at the facility.

“The worst sentence I’ve ever heard was when they told me to take off my underwear, too. It filled my eyes with tears,” Kocabıyık said, adding that she was then examined by a female guard who touched her upper body under her underwear.

“I was then allowed to wear my scarf and a hospital gown over my underwear. Then, they scanned my body with an X-ray machine. I’m calling out Özlem Zengin, who denies the existence of strip-searches. I’m one of the thousands of women who were subjected to that practice,” the lawyer said.

Another lawyer, Kübya Yiğit, said she was abused by a prison guard in 2017 who put her hand under Yiğit’s bra without asking for permission while searching her in Konya Prison when she went to see one of her clients.

“I’ve had scores of clients tell me about their experiences of strip-searches. We were in a visiting room while we talked about it, and those rooms are surveilled by cameras. If you listen to the conversations on that video footage, you can see inmates telling me about it since 2016. It is your job to investigate and stop this ugly practice,” the lawyer said, addressing Zengin.

Yasemin Baltacı, a housewife who said she was also subjected to a strip-search, added that she was pregnant when she was arrested in July 2018 and sent to Tarsus Prison.

“I was transferred to a hospital from prison to give birth. Following the delivery, I spent a week in the same hospital room with three male gendarmes. I’m having trouble even explaining the difficulties I faced at the time. I even breastfed my baby with them present in the room. Mrs. Zengin, I wish these stories weren’t true, but they unfortunately are,” Baltacı said.

Former teacher Tuba Özdemir, who was detained in August 2019 in Şırnak’s Cizre district, said she suffered mental trauma when she was told to undress and squat three times.

“That day was the hardest day of my life. I had a difficult time even shooting this video. But we are not the ones who should feel ashamed, it is those people who let this happen to us and then say in parliament that strip-searches do not exist in Turkey. Please don’t stay silent about this. Our silence encourages them to torture us more,” she said.

“I have never believed in the existence of strip-searches in Turkey. There simply is no such thing,” Zengin said in an interview with Euronews Turkish service on Thursday, denying claims initially voiced by MP Gergerlioğlu.

Gergerlioğlu recently brought the issue to public attention over a report about some 30 female students who were detained in the Aegean province of Uşak due to alleged links to the Gülen movement and strip-searched before admission to a detention facility in late August.

The Turkish government accuses the movement of masterminding a coup attempt in July 2016 and labels it a terrorist organization. The movement strongly denies involvement in the abortive putsch or any terrorist activity.