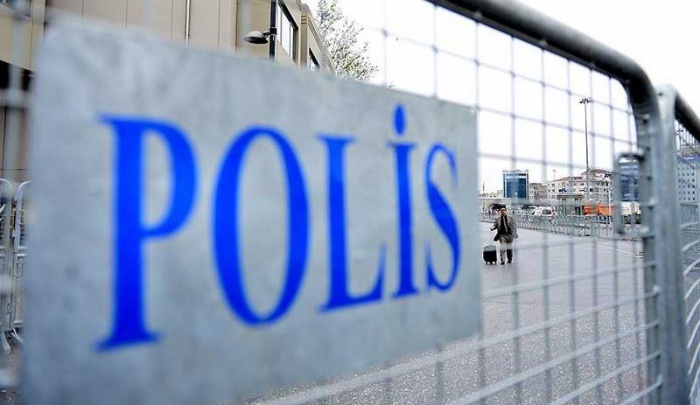 A video showing a police officer chasing children down by firing his gun and attempting to detain a mentally challenged child during a curfew in the southeastern Turkish province of Mardin due to the novel coronavirus pandemic has sent shockwaves across the country, with many condemning the incident on social media.

The incident took place on May 1 in the Nusaybin district when there was a curfew across the country’s 31 major cities including Mardin to contain the pandemic.

In the video, which began to be circulated on social media on Saturday, a plainclothes police officer is seen chasing children in a housing complex while at the same time firing his gun.

The children are seen running around in fear, and the police officer is seen catching one of them, 8-year-old B.E., from the corner where he took shelter and dragging him to the side of an armored vehicle. In the meantime, the child is heard saying, “Brother, brother,” while the neighbors are shouting from their balconies and windows saying that the child is mentally challenged.

According to witnesses, B.E. wet his pants out of fear and is still under the influence of the traumatic experience he went through.

When the incident led to widespread criticism on social media, the Nusaybin district governor’s office released a statement saying that the police officer fired in the air to disperse the children who were throwing stones at the police vehicle but that an investigation had been launched into the police officer seen in the video.

The Turkish police force has been receiving growing criticism over the past several years for its disregard of human rights and use of disproportionate force.

In late April a police officer shot a 17-year-old Syrian refugee to death after the young man allegedly failed to comply with a police order to halt. This incident also led to widespread public anger and shock.