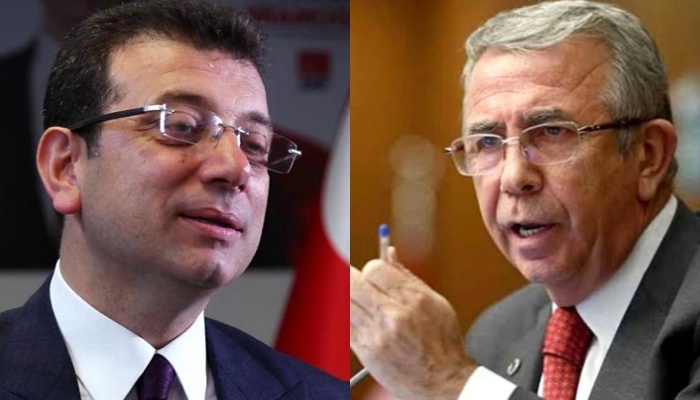 İstanbul Mayor Ekrem İmamoğlu revealed in an interview with the Sözcü newspaper that Turkey’s interior ministry had launched investigations into him and Ankara Mayor Mansur Yavaş last week due to coronavirus relief campaigns they had organized, Deutsche Welle Turkish service reported on Friday.

“We have heard that the same was the case in Ankara,” İmamoğlu said. “Other municipalities that engaged in aid campaigns will probably be visited by inspectors, too. It was not just against me.”

Ankara municipal offices confirmed to DW that Yavaş was also under investigation and that ministry inspectors have been visiting the municipality over the last week.

The opposition mayors were prevented from moving forward with their campaigns by the ministry, which sent out a circular warning that such initiatives should be carried out only with permission from local governors.

Afterwards, state-owned Vakıfbank blocked an account that included some TL 900,000 ($130,000) in donations collected by the İstanbul Municipality.

“You can investigate us,” İmamoğlu said. “However, blocking the money donated by citizens is pathetic. This is a dark stain on banking history.”

President Recep Tayyip Erdoğan asked citizens to make their donations to his nationwide campaign instead.

The move came as Erdoğan’s government was under criticism for not directly supporting people and businesses amid the economic slowdown.

Mayors İmamoğlu and Yavaş were elected as opposition nominees in last year’s local elections, ending the ruling Justice and Development Party’s (AKP) long-running rule in İstanbul and Ankara in a major blow to Erdoğan.