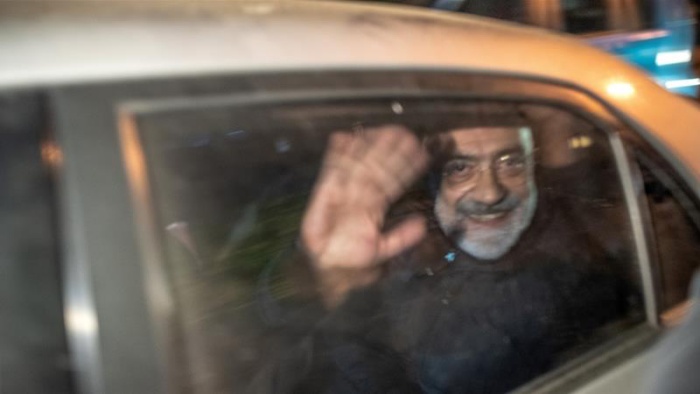 A high criminal court in İstanbul has rejected an objection filed by the lawyer of prominent Turkish journalist and writer Ahmet Altan to his re-arrest one week after Altan’s release from prison, Turkish media reports said.

The 69-year-old journalist’s arrest came shortly after a Turkish court on Tuesday reversed a previous ruling to release him on appeal after convicting him of aiding a terrorist organization. The ruling was challenged by a prosecutor immediately after the hearing. Altan was detained by police officers at his İstanbul home on Tuesday evening and transported to the jail on Wednesday.

Journalists Altan and Nazlı Ilıcak were sentenced last week to 10 years, six months and eight years, nine months in prison, respectively, for “aiding a terrorist group without membership in it” but were released by the court pending appeal. A third journalist, Professor Mehmet Altan, who was also tried in the same proceedings, was acquitted due to a lack of evidence against him.

One of Turkey’s most famous writers and journalists, Altan was first arrested after a 2016 failed coup on charges of supporting the coup attempt. He has spent a total of 1,138 days in prison.