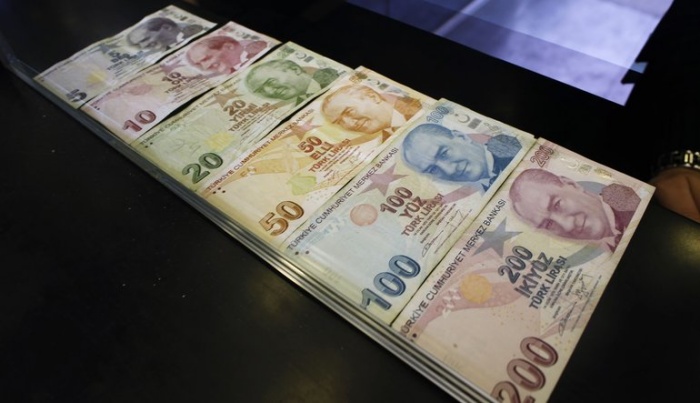 The Turkish lira weakened more than 1 percent against the dollar on Monday, Reuters reported, after briefly tumbling to 6.47 overnight in what market watchers described as a “flash crash” as Japanese investors cut risk assets over Sino-US trade war worries.

The lira stood at 5.7964 against the dollar before market closure, weakening from a close of 5.7540 on Friday. After a currency crisis wiped nearly 30 percent off the lira’s value in 2018, it has fallen 9 percent this year.

The China-US trade war, which intensified in recent days, “means that EM FX will continue to weaken for the foreseeable future. In the absence of a thawing in trade frictions it remains a market to be structurally short EM and buy dollars on any dip,” currency analysts at Société Générale said in a note.

On Friday US President Donald Trump announced an additional duty on some $550 billion of targeted Chinese goods, hours after China unveiled retaliatory tariffs on $75 billion worth of US goods.

The latest friction, which sunk Asian shares Monday, has shaken confidence in the world economy and sent investors streaming to the safe harbors of sovereign bonds and gold, hitting emerging markets (EMs) like Turkey.

The brief plunge in thin overnight yen/lira trading was reminiscent of another “flash crash” on Jan. 3, when Turkey’s currency weakened to a similar level due to a global market sell-off and flight from risk triggered by concerns about slowing economic growth.

After having gained in recent months, the lira has been newly pressured by concerns over possibly rapid loan growth after a central bank decision to lower required reserves limits and boost returns for lenders with more than 10 percent loan growth.

The Turkish government has been looking to boost economic activity after the economy sank into recession last year.