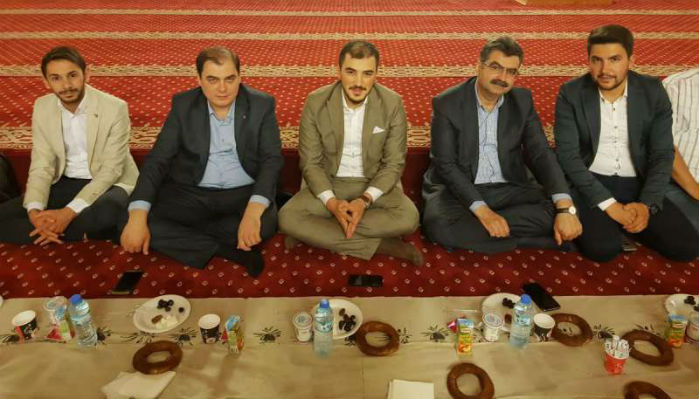 The ruling Justice and Development Party (AKP) recently held a fast-breaking dinner at a mosque in the central Turkish province of Konya in a development that made the party the subject of criticism for taking politics to a place of worship.

The news of the fast-breaking, or iftar, dinner was shared by the Twitter account of the AKP’s Akşehir Youth Branch on Monday, which said the iftar was held by the AKP Konya branch for AKP members and attended by the party’s parliamentary candidates as well as several district mayors and other party officials.

Turkey will hold snap parliamentary and general elections on June 24.

The AKP and its leader, presidential candidate and incumbent President Recep Tayyip Erdoğan, have been drawing widespread criticism for using state means for their election campaign.

Before a public referendum last year, the AKP also organized events at mosques to call on the public to vote “yes” in the referendum, with many imams also telling their congregations to vote in favor of a constitutional reform package that greatly increased Erdoğan’s powers.