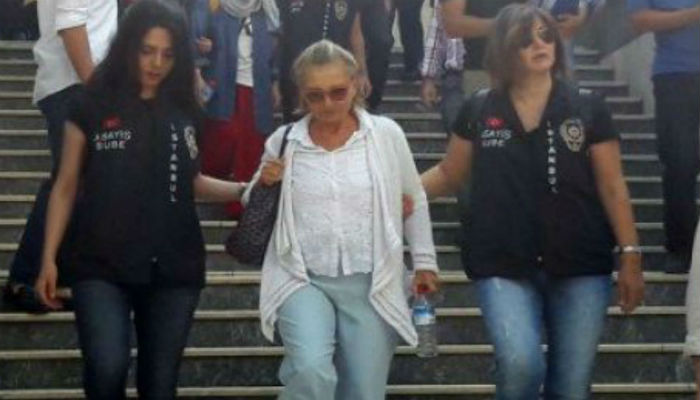 Renowned journalist Nazlı Ilıcak, who was jailed in the aftermath of a failed coup attempt in Turkey in July 2016 and given an aggravated life sentence in February on charges of attempting to destroy the constitutional order, appeared in court again on Monday, this time facing espionage charges.

Ilıcak’s trial stems from a case opened against her due to an article she wrote in 2015 titled “Military intelligence and Tahşiyeciler,” an allegedly al-Qaeda-affiliated group.

The journalist is accused of publishing a secret document about Tahşiyeciler from the records of the General Staff in the Bugün daily on Jan. 2, 2015. Ilıcak is facing a life sentence for espionage.

“I don’t know to whom else this document was sent and for what purpose it was sent,” said Ilıcak.

The journalist also said her action falls within the boundaries of journalism and that the statute of limitations for opening a case concerning a journalistic activity according to Turkey’s Press Code is four months.

One of Ilıcak’s lawyers, Tuğper Derin, asked the court to drop the charges against Ilıcak. The court adjourned the trial to a later date.

Ilıcak is among the dozens of journalists who were arrested in the aftermath of the failed coup attempt on July 15, 2016. She has been behind bars since July 30, 2016 and received an aggravated life sentence in February along with five other journalists.