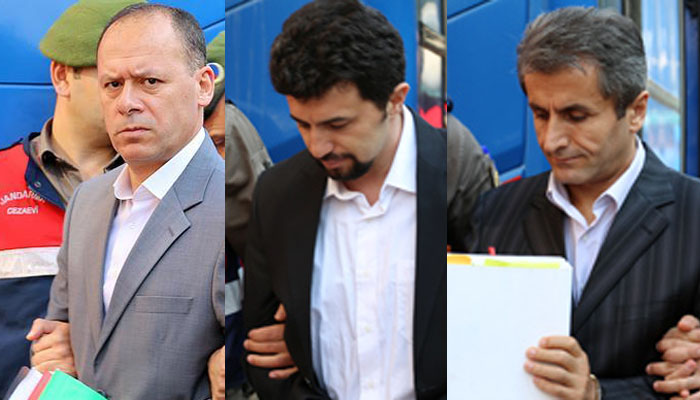 A court in Turkey’s Bolu province handed down aggravated life sentences to three top military officers in the province for participating in a failed coup in July 2016.

According to the decision of the Bolu High Criminal Court on Wednesday, Brig. Gen. İsmail Güneşer, Lt. Col. Veli Ceylan and Capt. Nuri Kıyak were sentenced to aggravated life sentences for “attempting to violently change the constitutional order” through the failed coup attempt, the state-run Anadolu news agency reported.

While the three officers denied all accusations, the court acquitted them of charges of being members of a terrorist organization.

Turkey survived a military coup attempt on July 15, 2016 that killed 249 people and wounded more than a thousand others. Immediately after the putsch ruling Justice and Development Party (AKP) government along with President Recep Tayyip Erdoğan pinned the blame on the Gülen movement.

Fethullah Gülen, who inspired the movement, strongly denied having any role in the failed coup and called for an international investigation into it, but President Erdoğan and the government initiated a widespread purge aimed at cleansing sympathizers of the movement from within state institutions, dehumanizing its popular figures and putting them in custody.

According to a tally by TurkeyPurge.com, over 146,000 people, including some 10,000 soldiers, have been dismissed from government jobs, more than 122,00 detained and almost 57,000 arrested over coup charges.