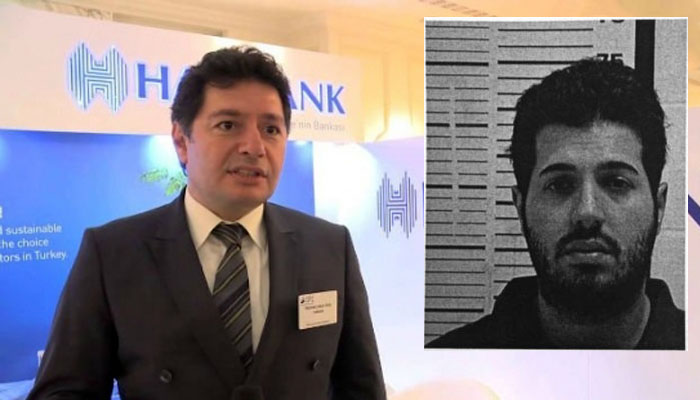 Richard Berman, a senior US federal judge for the Southern District of New York, on Tuesday denied a bail request for Deputy General Manager Mehmet Hakan Atilla of Turkey’s Halkbank, who was arrested in New York City in late March as part of an investigation into the violation of US sanctions on Iran.

According to Voice of America’s (VOA) Turkish service, Berman ruled for the continuation of Atilla’s arrest during a hearing on Tuesday in accordance with the objection by the prosecution to the request made by Atilla’s lawyers.

In early August Atilla’s legal team submitted a petition to the court for bail and demanded that his case be separated from that of Turkish-Iranian gold trader Reza Zarrab, who was arrested in Miami in March 2016 on similar charges, saying Atilla is not accused of the crimes that Zarrab is accused of, including money laundering, violating US sanctions on Iran, violating US financial laws and swindling US banks.

Judge Berman will decide on Sept. 7 on Atilla’s petition to be separated from Zarrab’s case.

Atilla is accused of conspiring with Zarrab to conduct hundreds of millions of dollars of illegal transactions through US banks on behalf of Iran’s government and other entities in that country.

The case has raised concerns at the highest levels of Turkish power, with Foreign Minister Mevlüt Çavuşoğlu calling Atilla’s arrest “political” and President Recep Tayyip Erdoğan accusing US authorities of having “ulterior motives” in prosecuting Zarrab.

Zarrab was the prime suspect in a major corruption investigation in Turkey that became public in December 2013 in which with others from the inner circle of the ruling Justice and Development Party (AKP) government and then-Prime Minister Erdoğan for having paid Cabinet-level officials and bank officers bribes to facilitate transactions benefiting Iran.

After Erdoğan cast the case as a coup attempt to overthrow his government orchestrated by his political enemies, several prosecutors were removed from the case, police were reassigned and the investigation against Zarrab was dropped.