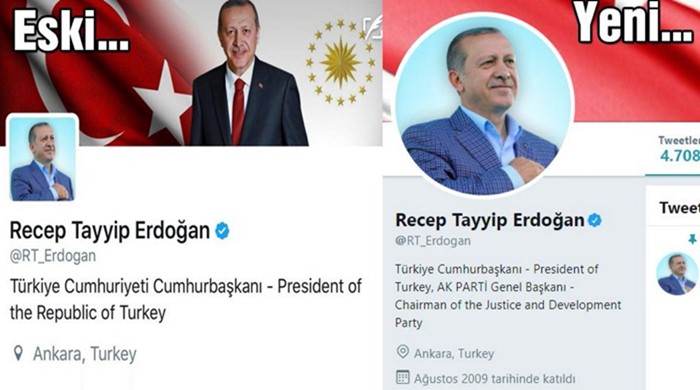 Erdoğan was elected the new chairman of the AKP in May after a 998-day absence from the party, during the party’s third extraordinary congress held at the Ankara Sports Hall.
Erdoğan received the votes of 1,414 party members in an election in which he was the only candidate.

Before the election, Erdoğan reshuffled the AKP’s Central Decision and Executive Board (MKYK), with 19 members of the 50-seat board changed. Prime Minister Binali Yıldırım, who handed over the party leadership to Erdoğan, became “acting chairman” of the MKYK after a change to the AKP bylaws.