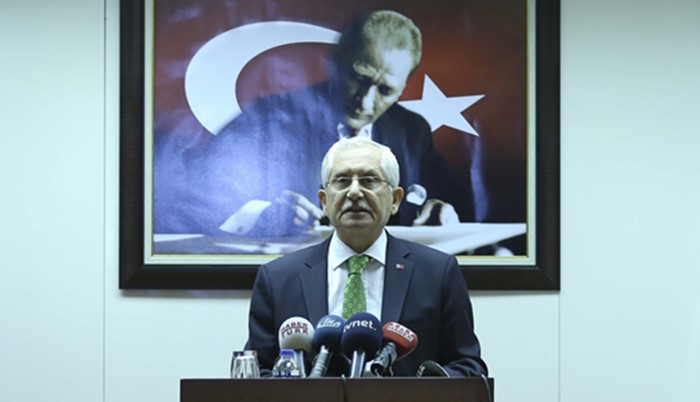 After 11 days of debate, Turkey’s Supreme Election Board (YSK) has announced the official results of an April 16 referendum on a constitutional reform package that introduces an executive presidency in Turkey, saying that 51.41 percent of the electorate voted yes, while 48.59 percent voted no.

A decision by the YSK to change ballot validity criteria and accept unstamped ballots as valid on the day of the referendum was claimed by opposition parties to be evidence of fraud.

But applications by the main opposition Republican People’s Party (CHP), the pro-Kurdish Peoples’ Democratic Party (HDP) and the ultranationalist Homeland Party (VP) for cancellation of the referendum were rejected by the YSK last week.

After filing a case at the Council of State, the CHP said it would also apply to the European Court of Human Rights (ECtHR) demanding cancellation of the results of the referendum due to irregularities in the voting process, the party’s spokesperson, Selin Sayek Böke, announced on Wednesday.

The Organization for Security and Co-operation in Europe (OSCE) said on April 17 that Turkey’s referendum lacked equal opportunities, media coverage for the contesting sides and international standards for a fair election.

In response to the OSCE, Turkish President Recep Tayyip Erdoğan said: “First of all, know yourself [OSCE]. We will neither accept nor recognize a report by you. We will continue on our own way.”